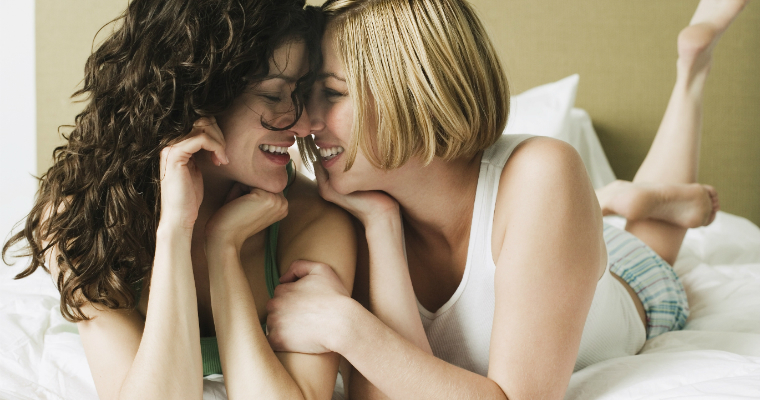 What does it entail for a woman to leave a relationship with a man and be with another woman? In other words, when is it just about women loving women?

In the popular TV sitcom Friends, one of the running gags about David Schwimmer’s character Ross was him being left behind by his wife for a lesbian. Throughout the show’s run, all angles of Ross’ situation was explored. But it was never fully explained why his wife left him; it was just given.

Many viewers of Friends considered this quite funny. And yet, there are a lot of wives out there who have left their husbands to be with another woman.

What is it about women loving women?

In reading up about this state of affair, one common answer always stands out: being with a woman feels right.

Walsh added, “I finally understood what truly straight women felt like in their relationship with men.”

For Walsh, being with a woman had always been an open-ended question even before she got married. After her marriage ended, she explored this question in her head.

Now, she considers herself a lesbian but prefers the term “Sapphic.”

(Walsh’s anthology tackled stories of women of all ages and walks of life that share a commonality: they left straight partners for relationships with women.)

This brings us back to the concept of sexual fluidity, especially how women’s sexuality is more elastic than that of men.

“Fluidity represents a capacity to respond erotically in unexpected ways due to particular situations or relationships. It doesn’t appear to be something a woman can control,” said Lisa Diamond, an associate professor of psychology and gender studies at the University of Utah.

(Diamond is also the author of the book Sexual Fluidity: Understanding Women’s Love and Desire.)

But while women can leave John to be with Jane, they can just as move on from Jane to be with John. This is the basic premise of women’s sexuality.

Unfortunately, we’re still living in a society that doesn’t wholly accept women to women relationship as the current societal framework is still heterosexual in nature.

For society, shifting from a partnership with a man to a woman is equivalent to moving from a functional relationship to a dysfunctional one.

Because of this, many women experience anxiety, fear of judgement, confusion and a deep sense of awkwardness when the topic of having a husband among friends and family comes up.

For women who leave John for Jane, it’s not an easy road. But one’s sexual identity is important, not just in society but with one’s self.

It takes patience and time as one struggles through the transition. It does help to have support system of family and loved ones– including sometimes, the husband– to see this through.

“There is no point in leading an unhappy life to please others,” said writer Sara Rauch, who contributed to Walsh’s anthology.

Rauch added, “It took me years to own up to being the person that I really am, and if I regret anything, it is that I didn’t accept myself sooner.”

In the end, really, when it involves women loving women, that’s all that matters.

A Look Back at the Transgender Tra...

Lesbians in World War 2, through t...

Sexual fluidity in the new mil...