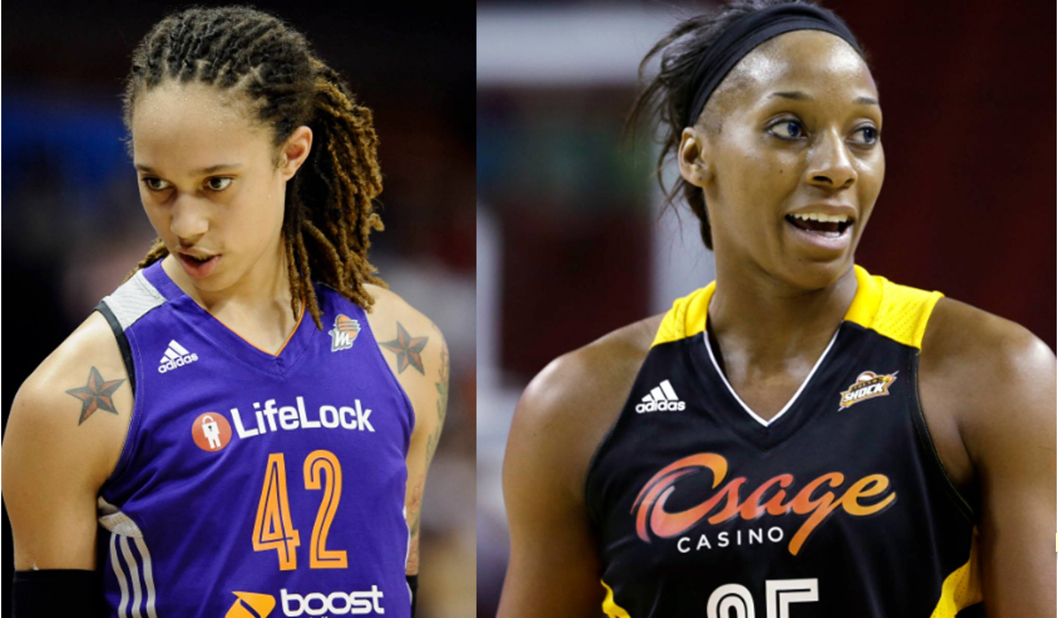 Griner proposed to Johnson and both posted it on social media, with Griner showing a photo of her on one knee with a ring in her hand in front of Johnson on her Instagram account. Griner plays for the WNBA’s Phoenix Mercury and Johnson for the Tulsa Shock.

In the post, Griner wrote: “Last Night was a Night to Remember(,) I became the happiest person on this earth! (almost pass out but when that one word came out I came back to life) Me and my baby @missvol25 are in it for Life!”

Johnson also had a photo on her Instagram account of Griner lying in bed with an engagement ring resting on her shoulder.

Griner has embraced her role as a prominent gay athlete since finishing a record-breaking career at Baylor. She came out last year and wrote a candid memoir, “In My Skin,” that was critical of college coach Kim Mulkey.

The 6-foot-8 center, drafted first overall by Phoenix last year, has helped lead the Mercury to a WNBA-best 27-5 record. She is averaging 15.4 points, 7.9 rebounds and 3.9 blocks.

Johnson is averaging 15.0 points and 9.5 rebounds in her third season with Tulsa. The 6-foot-3 forward played at Tennessee.

Arizona and Oklahoma have gay marriage bans being contested in court. Oklahoma’s ban was found unconstitutional, but that decision is on hold and the state has appealed to the U.S. Supreme Court.