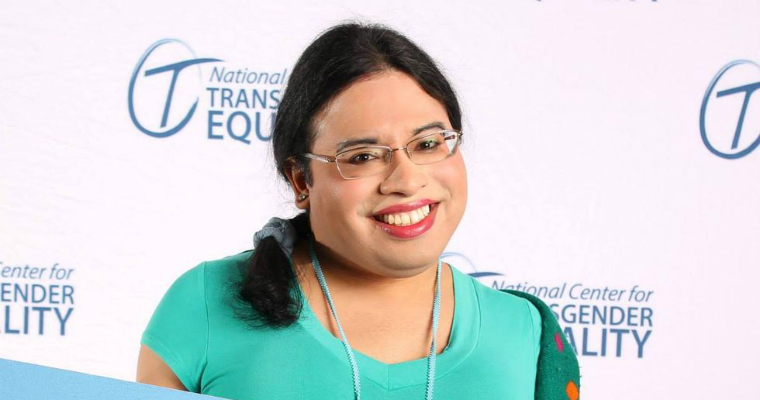 The White House has recently appointed Raffi Freedman-Gurspan as their primary LGBT liaison, making her the first openly transgender person in this role.

Replacing Adita Hardikar who had resigned to join Hillary Clinton’s campaign last January, Freedman-Gurspan’s appointment comes after many years of championing equal rights for the LGBT community in general, and specifically the rights of transgender people.

In 2011, the Latina Freedman-Gurspan was the first openly transgender legislative staffer to work at the Massachusetts House of Representatives.

She played an instrumental role in helping then-Massachusetts Representative Carl Sciorti pass the Transgender Equal Rights Law in November of that year.

In 2014, she was hired by the National Center for Transgender Equality (NCTE), the nation’s leading social justice advocacy organization pushing for life-saving change for transgender people, as their Policy Advisor.

With NCTE, she focused on addressing issues that beset transgender people of color and those living in poverty.

A year later, she was hired by President Obama as Outreach and Recruitment Director for the Presidential Personnel Office at the White House.

“Her commitment to bettering the lives of transgender Americans, particularly transgender people of color and those in poverty, reflects the values of this Administration,” Jarrett added.

For this year, Freedman-Gurspan’s new role as the White House’s primary LGBT liaison means that she will serve as the primary point of contact for LGBT organizations interacting with the White House.

Freedman-Gurspan follows an illustrious group of transgender presidential appointees like Dylan Orr as special assistant in the Department of Labor’s Office of Disability Employment Policy in 2009 and Amanda Simpson to the Department of Commerce in 2010.

Amelie Koran was the first trans civil service employee to work directly in the White House, serving as an IT policy analyst in 2014. In 2015, Shannon Price Minter was appointed to the Commission on White House Fellowships.

“Raffi is a great choice. President Obama has said he wants his administration to look like America, and he is including trans Americans as part of that vision,” said NCTE Executive Director Mara Keisling.

Keisling added that Raffi Freedman-Gurspan’s skills and personality make her “exactly the right person for this important job.”

5 lesbian problems we have to deal...