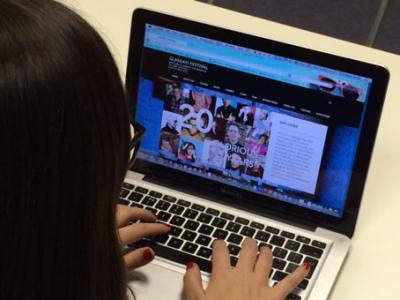 The fourth-largest software company in the world, they say the ‘lifestyle-sexual orientation’ category will now be steadily removed from its databases.

‘Making this change was not only the right thing to do, it was a good business decision,’ said Fran Rosch, executive vice president, Norton Business Unit, Symantec today (16 September).

‘Having a category in place that could be used to filter out all LGBT-oriented sites was inconsistent with Symantec’s values and the mission of our software.’

While Symantec will allow customers to set their search to block offensive websites, there will no longer be an option to block websites just because they have LGBTI content.

The AP reports the firm’s shift came after customers at Au Bon Pain cafe and bakery set up a campaign after they found the free Wi-Fi was blocking access to LGBTI charities.

GLAAD CEO Sarah Kate Ellis said the change proves that ‘Symantec gets it’.

‘It’s time that our software reflects our values, and that means filtering out discrimination,’ she said.

Earlier this year, following pressure from Gay Star News, Dell scrapped their own filtering system that allowed the blocking of LGBTI websites.

Sara Gilbert: My Wife and I are Ha...

Writer for 'Orange Is the New...