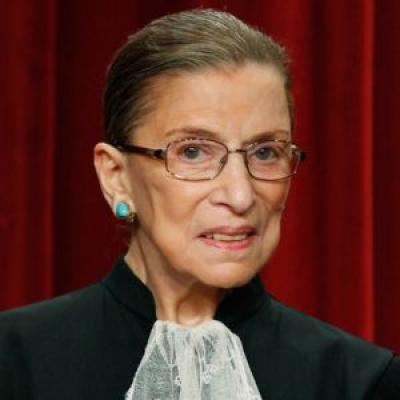 Ruth Bader Ginsburg, an associate justice of the US Supreme Court, is set to perform yet another same-sex wedding ceremony this weekend – her fourth.

Ginsburg, 81, will be conducting the ceremony of her former law clerk, Danny Rubens, and his fiance Danny Grossman.

It was 13 months ago that Ginsburg performed her first same-sex wedding ceremony and she told the Washington Post at the time: ‘I think it will be one more statement that people who love each other and want to live together should be able to enjoy the blessings and the strife in the marriage relationship.’

This weekend’s wedding takes place as the number of potential same-sex marriage cases that might go before the high court continues to grow. So far, cases in Utah, Virginia, Oklahoma, Indiana and Wisconsin are among the possibilities.

Ginsburg had said earlier this year that she believed the court will take on a same-sex marriage case either next year or by 2016 at the latest.

Ginsburg was one of the four justices who last year gutted the Defense of Marriage Act and allowed to let stand a federal court ruling that declared California’s Proposition 8 unconstitutional.