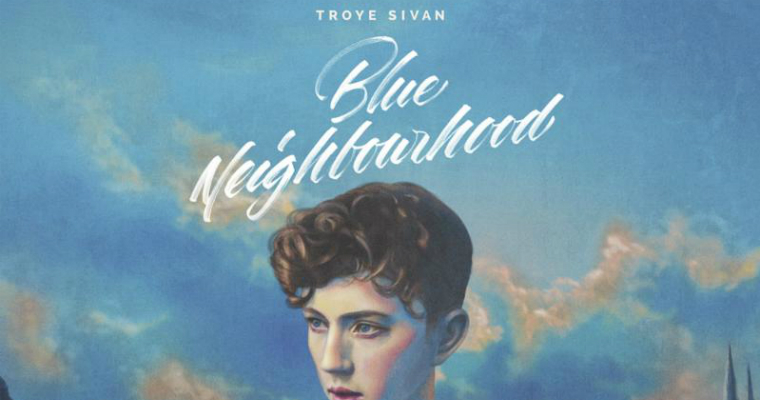 This announcement came right before his first concert tour in North America, where tickets were sold out in less than 27 minutes.

In the wake of the announcement, the album was made available for pre-order on iTunes, Spotify and DC2. Hours later, Blue Neighborhood shot to number 1 in 10 countries, particularly in the US. In more than 30 countries, the pre-order for the album made it to the top 10.

Sivan’s followers who pre-bought the album were also given the single “Talk Me Down.” Emile Haynie, who also produced for the likes of Lana Del Rey, Eminem and Bruno Mars, was the producer for this album track.

“Talk Me Down” is a perfect fit for Sivan’s brooding voice as he sings about a longing to be with his lover while going through a difficult period.

Sivan’s vocals has been described as aching and soulful. With Blue Neighborhood, he matches it with the haunting, poetic lyrics of the album. Sung with painful honesty, the album arrangement is a musical trip: modern, spare, and intoxicating– the perfect soundtrack for today’s age.

“It’s all autobiographical,” Troye described Blue Neighborhood. “It takes place in both the suburbs of Perth where I’ve grown up, which I consider to be my blue neighbourhood, but then also in this fast-paced, crazy, whirlwind life that I’m now living in hotel rooms and planes.”

“And it takes place in the mind of a 20-year-old kid. I wanted to make sure that youthfulness was there; I worked with really, really young people on this record,” he added.

Prior to the release, there was a lot of buzz as to when Troye would have a full-length album. His mini-album Wild had already become a phenomenon, topping the charts in a number of countries like the US and UK.

Moreover, comparisons between the youthful Sivan and Sam Smith has been unavoidable, not only in terms of vocal styles but also their sexual preference. However, Troye has always been honest about his gender in the videos of his songs, which mostly feature a boy kissing another boy.

With almost four million subscribers on YouTube, Troye Sivan had earlier revealed his sexuality online two years ago. His coming out actually notched almost six million views alone. Still, he was regarded was one of the most influential teens last year.

Fallout from the Hallmark Chan...