HomeNewsTime to focus on other LGBT rights

In the past, some LGBT activists thought that other LGBT rights were more important than the one on same-sex marriage during the height of the debates in the mid-2000s.

While some felt it was their ultimate right to get married to the person they love, others thought some LGBT rights were worth more spending energy on in the fight for LGBT equality.

One of the saddest days in LGBT history was June 12, 2016. It was on that night when a security guard went inside a gay bar in Florida and killed 49 people.

While this isn’t the most shocking thing that happened to LGBT (small, unreported violence happen to LGBT everyday), it’s one of the most disturbing as it happened during a time when we thought society was starting to warm up to us.

The Pulse shooting goes to show how vulnerable we still are to violence, how worthless LGBT lives are still to some people.

“Ultimately, there is still the feeling for some people that LGBT people are less than and don’t matter, and that it is OK to commit acts of violence against them,” said Beverly Tillery, the executive director of the New York City Anti-Violence Project.

The guidelines for transgender protection were recently repealed as a non-federal issue.

This means it’s up to your governor or your congressman and senator to decide if you, as a transgender, can use the bathroom of your gender choice, among other things.

Other than that, the transgender folks are probably the lowest of the rung in the LGBT community.

Not only do they receive the most violence– for some homophobes, they are the queerest of the queers– they’re also more liable to suffer from poverty, discrimination, and violence.

Because they are least like to be hired by companies, they have a higher rate of poverty.

Barely documented are the LGBT youths who were kicked out of their homes or became estranged from their families because of their gender.

About 40 percet of the homeless youth are LGBT, and majority of them were forced out of their own homes.

Being homeless, it means they become out-of-school youths, are exposed to violence, and their physical and mental health are put in jeopardy.

According to Kellan Baker, who studies LGBT health issues at the Center for American Progress, our gender are “significantly more likely” not have health insurance or be uninsured.

This is despite the Affordable Care Act, which not only provides health care for Americans but also protection against LGBT discrimination in the medical field.

LGBT groups have to encourage LGBT people to enroll in the healthcare system, as HIV and AIDS are the number one illnesses among gay and bisexual men. There are also other viruses that are more prevalent with LGBT.

While same-sex marriage appears to be safe under President Donald Trump, it’s now time to focus on protecting other LGBT rights.

Edith Windsor: The champion of sam... 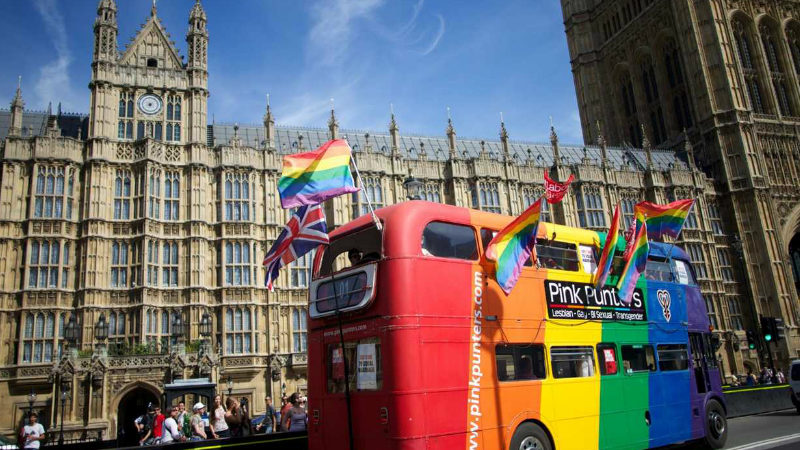