HomeWellnessSexThe Truth and Myth of the Lesbian Bed Death

The Truth and Myth of the Lesbian Bed Death 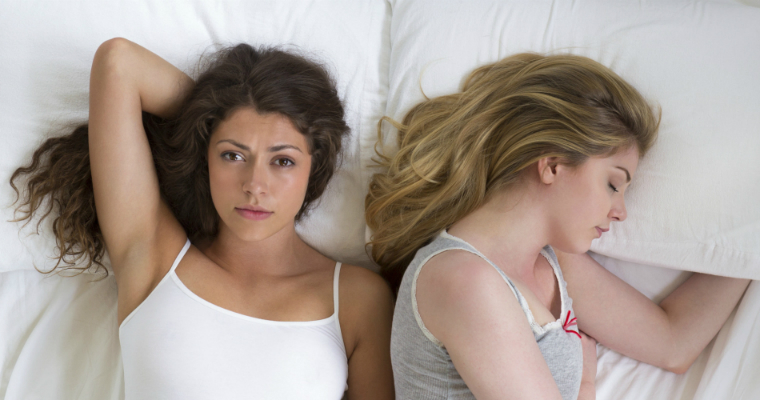 The Truth and Myth of the Lesbian Bed Death Should you be afraid of lesbian bed death? On one side of the coin, lesbian sex is known to make you reach new frontiers in lovemaking. On the other side, there’s this dark cloud hovering over your sex life known as… *cue ominous music* lesbian bed death.

The common definition of lesbian bed death is when a lesbian couple stop having sex after some time being together. Perhaps it’s because they peak too soon? After all, lesbians have been jokingly known to move in together for their second date. Or could be that women are just more inclined to intimacy rather than sex?

But while bed death is something most long-term couples go through, it’s been linked to lesbians more prominently. It’s almost like a throwback to “Boston Marriages,” where the romantic friendship of two women in love can go through the relationship– but without the sex.

Lesbian bed death as a term was first conceived by Pepper Schwartz in her 1983 book American Couple. With Philip Blumstein, they studied lesbian couples in long-term and committed relationships. Their findings? Lesbian sex withers as couples add years to their relationship.

In the wake of their study, more surveys were instituted in the ‘80s about the sexual activities of lesbians. According to these surveys, the top three reasons why lesbians experience bed death are:

However, lesbians had a strong reaction against this idea. According to them, the book only used a small number in their research.

“The myth serves to appease those heterosexuals who are experiencing ‘straight panic’ over LGBT visibility and power,” Dana Heller, Chair of the English Department at Old Dominion University, argued.

Still, the idea has now become a catchword for a lot of lesbian couples, such that a number of lesbians do admit that they experience sexual dryness after years of being together.

Jenny Shimizu, lesbian icon and model who’s been linked to a lot of Hollywood celebrities, explained: “It has to do with lack of communication, holding onto resentments, and not taking care of the needs of the other.”

Some ways to overcome lesbian bed death is by making things spicy. Not having sex for a month could help– but only if it keeps you hungry for each other. On the other hand, touching each other intimately every day, not to mention saying nice things to each other, can keep bed death away.

Whether or not lesbian bed death is a myth, what is true is that it can happen. The rest, as they say, is up to you.