HomeNewsLegalSupreme Court to take up cases of LGBTQ workplace rights

Supreme Court to take up cases of LGBTQ workplace rights

Supreme Court to take up cases of LGBTQ workplace rights

In what could be a landmark decision, the Supreme Court is set to take up the cases of LGBTQ workplace rights and whether the federal civil rights law protects the LGBTQ community.

The issue of the cases revolve around Title VII of the Civil Rights Act of 1964, which prohibits discrimination based on sex, race, color, religion and national origin.

The question is if this protection also applies to LGBTQ people against job discrimination.

The Supreme Court will start hearing cases involving people who claim they were fired because of their sexual orientation, with a possible decision by June 2020.

One case involves a funeral home employee in Michigan, Aimee Stephens, who was fired after revealing that she was transitioning from male to female.

Another involves a case of a gay skydiving instructor, Donald Zarda, who claimed he was fired because of his sexual orientation. In 2014, Zarda died in a wingsuit accident in Switzerland.

A third was from Georgia involving Gerald Lynn Bostock, a gay employee of Clayton County.

The cases will be argued in the fall, with decisions likely by June 2020 in the middle of the presidential election campaign.

Title VII of the Civil Rights Act doesn’t mention sexual orientation or transgender status in its prohibition of sexual discrimination.

The federal appeals courts in Chicago and New York had ruled that gay and lesbian employees are entitled to protection from discrimination under VII.

A similar ruling by the federal appeals court in Cincinnati had extended protection to transgender employees.

However, under the Trump administration, the Justice Department has ruled that Title VII doesn’t intend to protect gay or or transgender workers.

Between 2013 and 2016, state and federal agencies– which process employment discrimination claims– reportedly receive more than 9,000 charges alleging discrimination based on sexual orientation or gender identity.

Unfortunately, a major roadblock cited in the high court’s decision is the strengthened conservative majority on the bench.

This will be the first time the court will hear cases on LGBTQ rights since the retirement of Justice Anthony Kennedy, who authored the major gay rights opinions.

Under President Donald Trump, two justices have been appointed to the high court: Justice Neil Gorsuch and Justice Brett Kavanaugh.

Presently, LGBTQ people in a majority of states can still be fired or discriminated upon for no reason other than their sexual orientation or gender identity.

The Williams Institute at UCLA School of Law estimates that there are 8.1 million LGBT workers age 16 and older in the United States.

The upcoming cases at the high court, Cohen explained, has “the potential to do what Congress should have done a long time ago– protect all LGBT workers in this country from discrimination on the job.”

“The problem with these cases, of course, is that the ability of LGBT people to earn a livelihood without being treated discriminatorily is a political issue and not simply a basic issue of human decency,” he said.

Cohen wrote that if the conservatives vote against the LGBTQ community, “it would be a huge setback for LGBT civil rights.”

He noted that: “Not a single conservative Justice currently on the Court has ruled in favor of LGBT rights, and Justice Kavanaugh never ruled on a related issue in his time before joining the Court.” 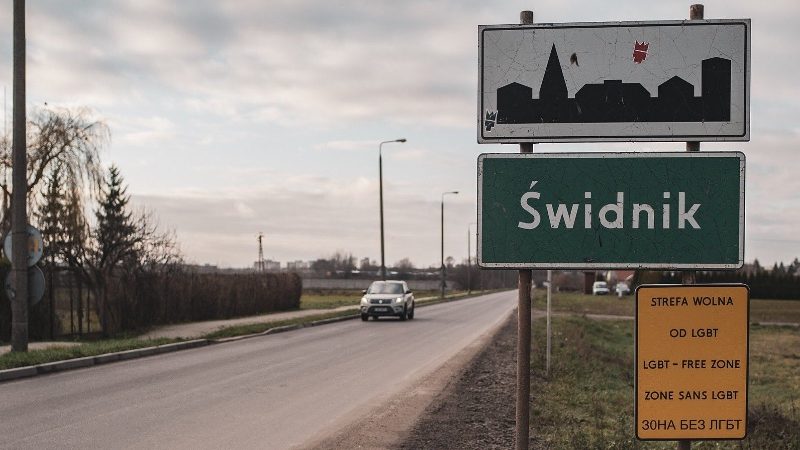