HomeNewsLegalSouth Carolina student wins one for lesbian rights with a shirt

South Carolina student wins one for lesbian rights with a shirt 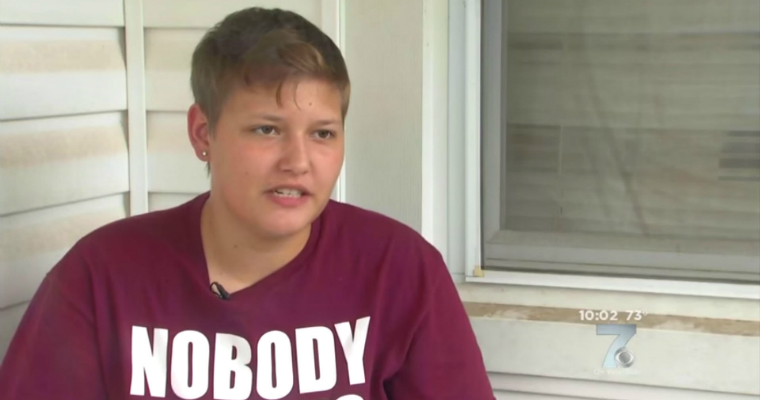 South Carolina student wins one for lesbian rights with a shirt Lesbian rights struck another blow against against discrimination after a South Carolina student was allowed by her school to wear a t-shirt proclaiming she’s a lesbian.

A violation of lesbian rights

Openly-lesbian Brianna Popour, a senior student in Chesnee High School, had been removed from class by a school administrator and sent home after she had worn a t-shirt declaring, “Nobody Knows I’m A Lesbian.” The administrator alleged that her shirt was disruptive, and in statements to the media, the school insisted the shirt was “offensive and distracting.”

Because of the school’s actions, Lambda Legal– the oldest and largest national legal organization batting for full recognition of the civil rights of lesbians, gay men, bisexuals, transgender people and those with HIV– sent a letter to Chesnee High School Principal Thomas Ezell.

In their letter, Lambda Legal outlined the legal precedent supporting Brianna’s right to wear the shirt. Specifically, the organization cited the First Amendment, which protects Brianna’s rights, and warned that any interference with those rights was unlawful.

As a result, Ezell backed down and said Brianna was free to wear her shirt, no disciplinary action would be reflected on her school record, and the school administrator would apologize.

“I’m so happy that I can wear my t-shirt. Too many lesbian and gay students feel ashamed of who they are, and I’m glad the school won’t be contributing to that even more,” said Brianna Popour.

“My shirt is just an expression of who I am, and I hope my school will help other students like me know that they can be proud of who they are, too,” Popour added.

“We commend the school for reversing its position and following its legal obligations. But this is also a notice to school administrators across the state: schools should be in the business of creating a safe and supportive environment for all students, not trampling on their right to express themselves honestly,” said Tara Borelli, Senior Attorney in Lambda Legal’s Southern Regional Office.

“LGBT students should not be told that they are being ‘offensive and distracting’ just for openly acknowledging who they are. First Amendment rights apply to all students, and efforts to silence LGBT youth will not go unchallenged,” Borelli said.

South Carolina is one of eight states with a law that restricts the discussion of lesbian and gay rights in certain curriculum. State law does not restrict student speech, but it does bar schools from discussing lesbian or gay relationships in health education curriculum unless in the context of STDs. This is despite the fact that schools are allowed to discuss heterosexual relationships.

Find your Happy Place in the Gay D...