HomeHallmarksFlashback FridayThe Silence of Protest: Marking the Day of Silence

The Silence of Protest: Marking the Day of Silence 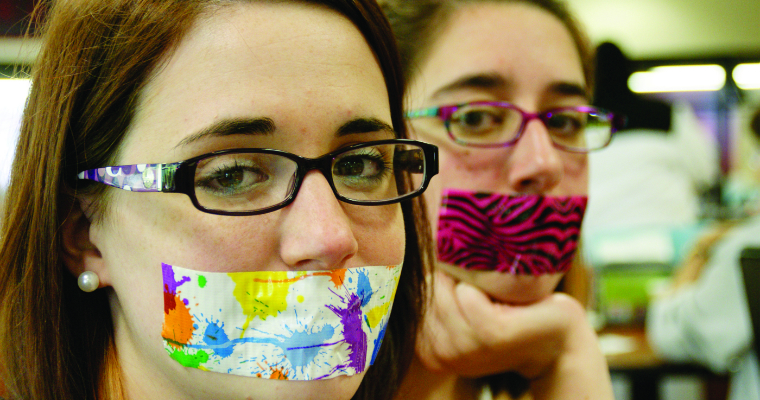 The Silence of Protest: Marking the Day of Silence Sometimes it takes silence for a voice to be heard. This is what students from the University of Virginia did with the Day of Silence so that their cry against LGBT bullying and harassment could be heard.

Led by a student named Maria Pulzetti in 1996, it was simply a class assignment on non-violent protests. On the first Day of Silence, 150 students joined the protest.

A year after it became national, about 100 college campuses all over the States participated. It has been celebrated annually since.

“I wanted to do something for BGLAD Week that would impact many people at the school and that would be very visible,” Pulzetti said in 2014.

“I knew if we held panel discussions and events like that, the only people who would come would be the people who already were fairly aware,” she said.

The Day of Silence in April

Held every April of each year, thousands of students of any sexual orientation, take a vow of silence for one whole day. This is to protest the bullying of LGBT students, not to mention the lack of action from the authorities.

In 2001, the leading LGBT education group, GLSEN, began sponsoring and organizing it.

In the last National School Climate Survey done by GLSEN in 2013, bullying is still a major problem for LGBT kids as nine out ten students report LGBT harassment.

About 30 percent of the students would skip school for fear of their safety.

Around 10,000 students register to join the Day of Silence and it has reached global shores, from New Zealand to Singapore to Russia.

Celebrities such as Jim Parson, Laverne Cox, RuPaul, Kristin Chenoweth, have also been public about their support of the GLSEN Day of Silence.

Opponents of the Day of Silence

But while success has followed this monumental day since year one, it was not without opposition. In 2005, a counter-protest was created. It was called the Day of Truth.

Supposedly, participants on this day carried a card that said: “Ttrue tolerance means that people with differing – even opposing – viewpoints can freely exchange ideas and respectfully listen to each other. It’s time for an honest conversation about homosexuality. There’s freedom to change if you want to. Let’s talk.”

For this year, the Day of Silence was held on April 15.