HomeVideoSara Gilbert: My Wife and I are Having a Baby

Sara Gilbert: My Wife and I are Having a Baby 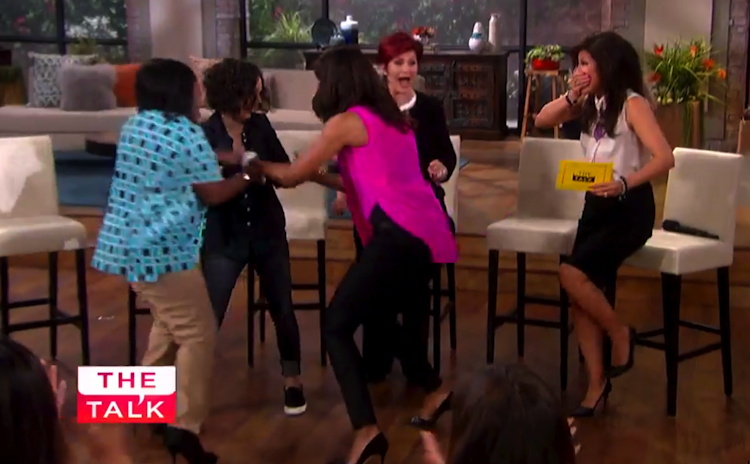 Sara Gilbert: My Wife and I are Having a Baby

Sara Gilbert found an amazingly awesome way to tell her co-hosts and the audience on “The Talk” that she and her wife, Linda Perry, are having a baby.

Sara Gilbert is perhaps best-known for playing Darlene Conner on the ABC sitcom “Roseanne,” and for her role as Leslie Winkle on “The Big Bang Theory.” But Gilbert is also the co-host and executive producer of CBS’ “The Talk.”

“The Talk” this week has a segment called “Face You Fears,” during which randomly assigned co-hosts have to face their greatest fears on live TV. Gilbert was supposed to become the stuffing for a bed of nails sandwich to help her through her fear of being hurt.

But Gilbert declined to take part in the challenge — for an excellent reason.

“I’m actually not going to do the dare,” Gilbert, choking up, tells her co-hosts, who include Sharon Osborne.

“I’m going to tell you guys why. I, we found out about the dares this week, I was scared to do it, I really do believe in facing your fears and doing things that make you uncomfortable, but,” Gilbert says as she starts to cry, “I actually can’t do the dare because I’m pregnant.”

Her co-hosts, and the audience, jump up in applause and scream for joy. Watch — it will make your day.

The couple got engaged in April of last year. Gilbert, who is 39, has three children from previous relationships. Perry is 48 and this is the first marriage for each of them.