Sarah Hegazi, a 30-year-old lesbian activist who was imprisoned in Egypt for bearing a rainbow flag at a concert, recently took her own life during her exile in Canada.

LGBTQ advocates mourned the passing of the Egyptian-born Hegazi, who had suffered terribly during her imprisonment in 2017 before fleeing to Canada in 2018.

Hegazi’s fellow LGBTQ activist and friend Malak Elkashif told CNN from Cairo that her friend was a “feminist, interested in politics, and a queer activist.”

Hegazi’s troubles started when she attended a festival in Cairo in the summer of 2017, where the Lebanese rock band, Mashrou’Leila, was playing a concert.

Hamed Sinno, the 32-year old lead singer of the band, is openly gay. When Mashrou’Leila was on stage, Hegazi brandished a rainbow flag and a photo was taken of her amidst the crowd.

The photo, which was posted on social media, sparked off a wave of hatred and threats on social networks and in TV shows. Twelve people that were at the concert were arrested, including Hegazi.

While under arrest, Hegazi was tortured and subjected to sexual violence. She later sought asylum in Canada in 2018.

Hegazi had trouble emotionally with everything that happened to her, such that she took her life this month. In a handwritten letter, she said: “To my brothers and sisters, I tried to survive and I failed, forgive me.”

“My friends, the experience was cruel and I am too weak to resist it, forgive me. In the world, you were terribly cruel, but I forgive,” she said.

When Hegazi and her friends were seen raising the Rainbow flag in the 2017 concert, LGBTQ allies cited them for “breaking many barriers of silence,” Hegazi’s friend Tarek Salama told CNN.

Another friend, Aya Hijazi, said Hegazi told them: “I always felt depressed and not able to express myself, and I wasn’t trying to make any political statements, I wasn’t being courageous, I was joyous.”

The arrest of Hegazi and others after the concert led to at least 75 people being detained by the police in the following month. Hegazi was charged with “promoting debauchery” and joining an illegal organization.

While Hegazi was released pending trial, her family and neighbors rejected her and she was fired from her job. She moved to Canada months after her release but suffered from depression, PTSD, panic attacks, and loneliness.

Later, Salama wrote in a Facebook post: “Sarah left Egypt two years ago, but Egypt and its trauma didn’t leave her alone.”

Hegazi’s friends reported her death, which sparked an outpouring of messages of solidarity, grief, and anger even as the said photo of Hegazi once again spread in memoriam.

In a tweet, Human Rights Watch Director Middle East and North Africa Sarah Leah Whitson reiterated: “In case anyone has any doubts, the government of Egypt killed her.”

Amnesty International reported that Hegazi “had a tough experience in prison” for three months.

Sinno, who lives in New York and speaks on LGBTQ rights in the Middle East and in the world, posted a one-minute video on his Facebook page singing a song in tribute to Hegazi.

Sinno used Hegazi’s words in her last Instagram post in a song he created for her: “The sky is more beautiful than earth, and I want the sky, not earth.”

Half of LGBTQ Americans feel thing... 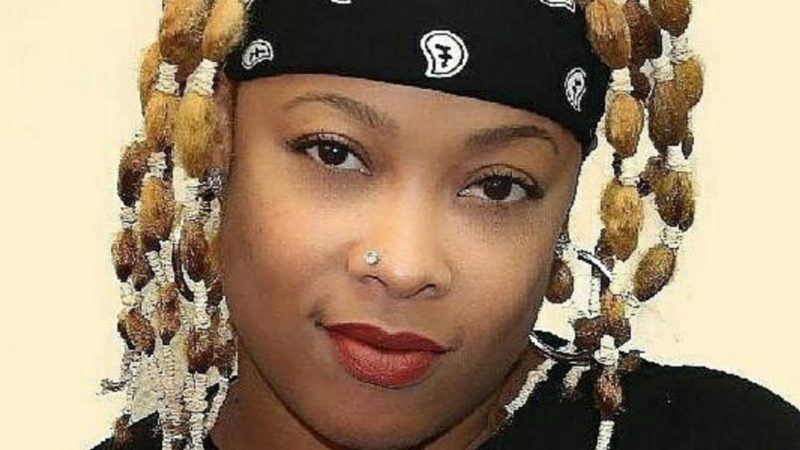