Talk about having a bad week. In a case of schadenfreude, Trump supporters seem to be getting an idea of how discrimination works and they’re not happy about it.

Of course, neither are we as we’ve always believed that discrimination is a slippery slope, as well as a double-edged sword.

When Wilkinson, who was at home, was informed by her employees about it, she went to the restaurant to talk to her employees.

“I’m not a huge fan of confrontation. I have a business, and I want the business to thrive,” Wilkinson told the Washington Post.

She added: “This feels like the moment in our democracy when people have to make uncomfortable actions and decisions to uphold their morals.”

That’s why after consulting her staff, Wilkinson had asked Sanders to leave the restaurant because it has “certain standards that I feel it has to uphold, such as honesty, and compassion, and cooperation.”

Though Huckabee agreed to go, she did tweet about it after: “Her actions say far more about her than about me. I always do my best to treat people, including those I disagree with, respectfully and will continue to do so.”

Wilkinson expressed no regrets about her decision, saying: “I would have done the same thing again. We just felt there are moments in time when people need to live their convictions. This appeared to be one.”

Trump supporters get no dates

Meanwhile, in a news report by Politico, supporters of Trump– both current and former members of the Trump White staff– can’t seem to get a date.

Daniel Lippman and Ben Schreckinger interviewed more than 30 millennials who supported Trump and found out that their matches on dating apps shut then down when they find out they voted for Trump..

“As soon as I say, ‘Of course I did,’ it just devolves into all-caps ‘HOW COULD YOU BE SUCH A RACIST AND A BIGOT?’ And ‘You’re going to take away your own birth control.,” one said.

This, of course, started quite interesting and not necessarily sympathetic reactions when the news was posted on Twitter. One said: “i don’t really care, do u?”

Meanwhile, another said: “We’re just never going to find a violin small enough for this news” while a third said: “Pardon me but are you into ‘zero tolerance’ ?”

However, we thought that this reply was quite apt as one tweeted in reaction to the news: “My schaden seems to be freudeing.”

Yeah, pretty much. As Noah Trevor says in The Daily Show: “Now the Trump administration has a taste of what it’s to be a minority.”

Check out Trevor’s statement below: 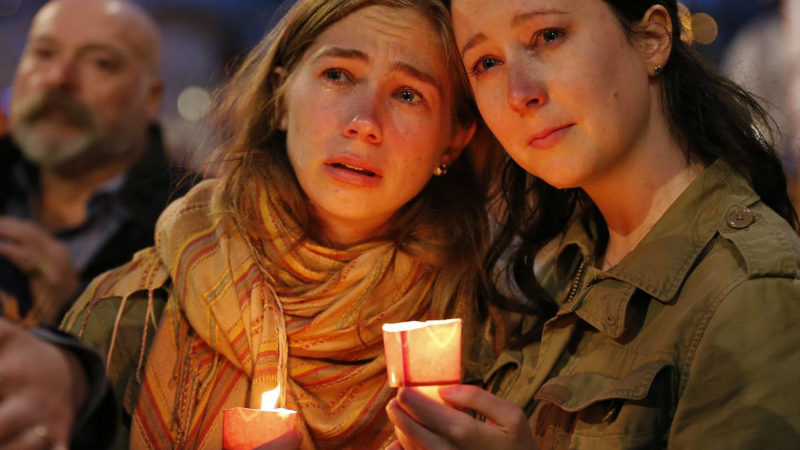