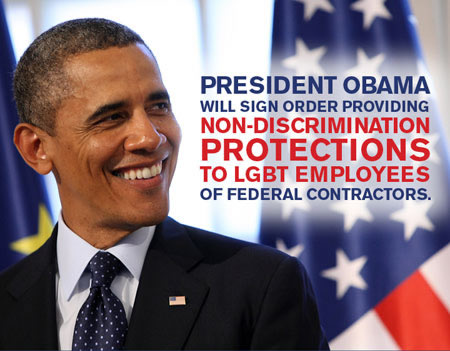 WASHINGTON — President Barack Obama has directed his staff to draft an executive order that would ban workplace discrimination against lesbian, gay, bisexual and transgender employees of federal contractors, a White House official told The Huffington Post.

The move is the clearest indication to date that the administration is prepared to take action on LGBT rights where Congress has fallen short. Notably, the official would not say whether the president will sign the order into law on Monday — suggesting the White House is leaking the news to warn lawmakers that they have a limited window to pass more sweeping workplace discrimination legislation before he acts without them.

“The president’s intentions are clear,” the official said, when asked whether Obama would sign the order. “We will keep you posted.”

Obama’s plan to draft an executive order comes after years of inaction on this front. The administration has been calling on Congress to pass the Employment Non-Discrimination Act, which would make it illegal for employers nationwide to fire or harass someone based on their sexual orientation or gender identity. The bill passed the Senate, but as it stalled in the House, pressure mounted on the president to act in ways that don’t require legislative approval.

To the dismay of LGBT rights groups, Obama has resisted taking matters into his own hands. An executive order banning workplace discrimination against employees of federal contractors could affect as many as 16 million workers, but Obama has not issued one, despite pledges to do so during the 2008 campaign. Vice President Joe Biden appeared to get out in front of the president last month when he told The Huffington Post he didn’t see a downside to such an order, but that statement did not lead to any action until Monday.

“Unfortunately Congress has been paralyzed to act in this regard,” said Richard Socarides, a Democratic strategist and former advisor on gay rights to President Bill Clinton. “The Senate passed an ENDA bill, it stalled in the House. It looks like at best we will have a divided Congress for two more years at least. So that ENDA bill is going nowhere and I think the president was forced to act and showed a lot of courage in doing so.”

The executive order being drafted by the president’s staff would “build upon existing protections, which generally prohibit federal contractors and subcontractors from discriminating in employment decisions on the basis of race, color, religion, sex, or national origin,” according to the White House official.

“Today, millions of Americans in most states in the country go to work every day knowing they could lose their jobs simply because of who they are or who they love,” the official said. “No current federal law adequately protects lesbian, gay, bisexual, and transgender (LGBT) workers from employment discrimination. That’s why the President has long supported federal legislation to explicitly prohibit employers from discriminating on the basis of sexual orientation or gender identity.”

The timing of the announcement comes a day before Obama is set to give remarks at a Democratic National Committee LGBT gala in New York City and coincides nicely with his designation of June as LGBT Pride Month. It also comes in a year when the president has vowed to use his executive authority whenever he can in the absence of needed congressional action.

Sen. Jeff Merkley (D-Ore.), a sponsor of the Senate’s ENDA bill, praised Obama’s move and noted that most people don’t even know that it’s still legal to fire someone based on their sexual orientation or gender identity in 32 states.

“With this announcement, the arc of history bends a little farther toward justice,” Merkley said. “This executive order will allow millions more Americans to go to work empowered with the right to do their jobs free of harassment or discrimination.”

Valerie Jarrett, a senior adviser to the president, tweeted her support for the executive order shortly after the news broke. 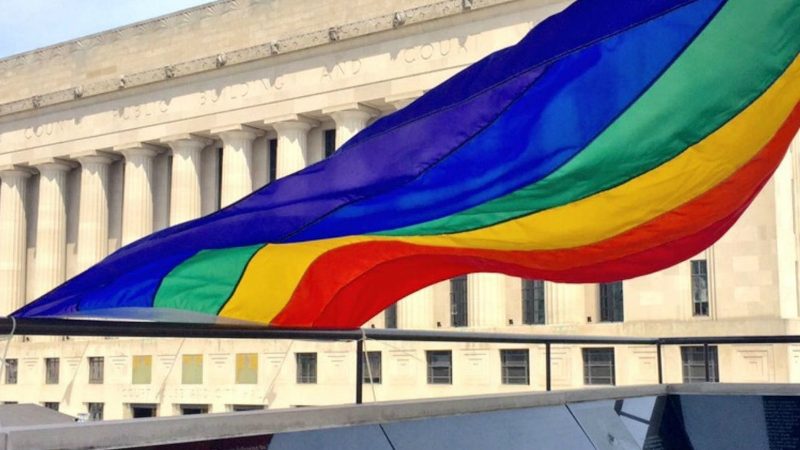 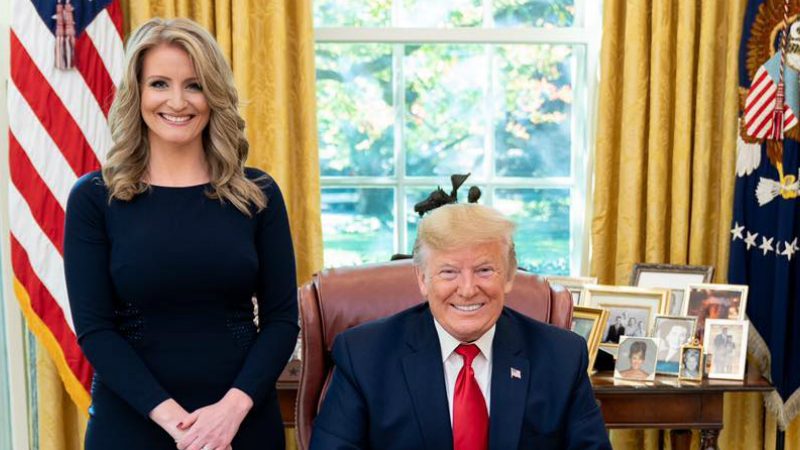