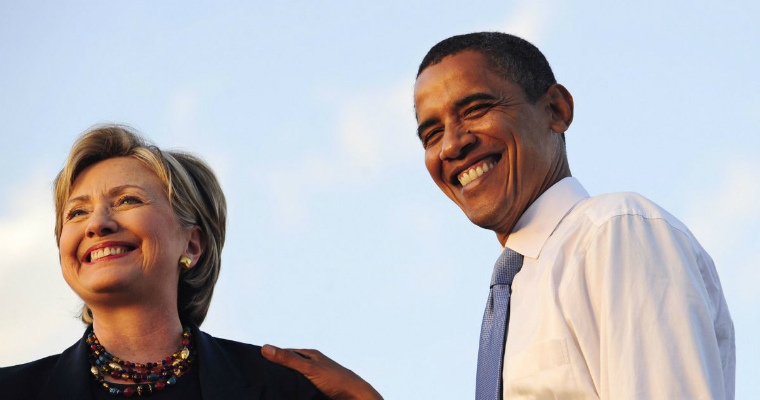 What’s more, with the presidential endorsement, the LGBT community can expect something solid from Hillary if ever she gets elected as the first female US president.

President Obama had endorsed Hillary yesterday in an online video, saying: “I don’t think there’s ever been someone so qualified to hold this office.”

“I want those of you who’ve been with me from the beginning of this incredible journey to be the first to know that ‘I’m with Her,’” President Obama said.

“I’m fired up. And I cannot wait to get out there and campaign for Hillary,” he said. The president is scheduled to appear with Hillary in Green Bay, Wisconsin next Wednesday.

In return, Hillary expressed gratitude over the endorsement and told Bloomberg Politics: “It just means so much to have a strong, substantive endorsement from the president. Obviously I value his opinion a great deal personally.”

“It’s just such a treat because over the years of knowing each other, we’ve gone from fierce competitors to true friends,” she said, referring to their campaign battles in 2008 for the Democratic presidential nomination.

Obama’s endorsement and the LGBT

So what does President Obama’s endorsement of Hillary mean? This means that the LGBT community has something to hold on to if Hillary is elected president come November.

Last October 2015, Hillary had drawn up a list of promises that would give extensive support for more LGBT protections in a speech before the LGBT activist group, Human Rights Campaign (HRC).

Among these promises include ending injustice against LGBT Americans “once and for all,” ending anti-LGBT discrimination completely “at home and abroad,” and pushing for a federal Equality Act into law.

This, together with Hillary’s LGBT policy plan, drew support and endorsement from the LGBT community via the HRC and the LPAC, the country’s first and only lesbian political action committee.

Obama’s endorsement and the LGBT

Hillary’s promises is important moving forward as the Republican Party has vowed to unwind President Obama’s signature accomplishments (like the health care law).

A Republican president in 2017 would probably hinder the progress for LGBT equality given that Republican presumptive nominee Donald Trump isn’t exactly a fan of gender equality.

You can check out President Obama’s endorsement of Hillary Clinton in the video below:

Is mainstream acceptance of gay se...