HomeHallmarksNona Hendryx: Funk Mama for a cause

Nona Hendryx: Funk Mama for a cause 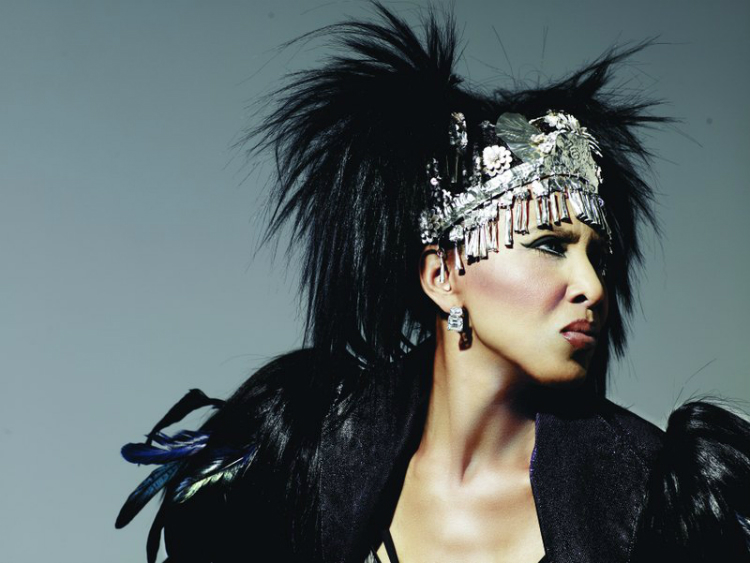 Nona Hendryx: Funk Mama for a cause An icon in the music scene, Nona Hendryx has been singing and making music for decades, when she was first signed up by Newtown Records as part of the group Bluebelles together with Patti LaBelle, Sarah Dash, and Cindy Birdsong, to her current solo career.

Related to another famous Hendrix– the electric guitarist Jimi– Nona has made her name for herself not only as a celebrated vocalist, producer, songwriter, musician and author but also as an actress and political activist.

From being part of the trio LaBelle (famous for their song “Lady Marmalade”), Nona embarked on her solo career in 1977 after her group broke up. Since then, she has worked with an impressive line-up of artists in different music genres.

These range from Prince, Peter Gabriel, Talking Heads, and Laurie Anderson, to Live Colour, Afrika Bambata, and Terri Lynn Carrington (of Mosaic). She has also worked with George Clinton and P-Funk.

As such, she has gotten several top ten hits and a Grammy nomination with Rolling Stone guitarist Keith Richards for “Rock this House”, from her album The Heat. She also won a Grammy with the group Mosaic for “Best Jazz Vocal Album” in 2013.

But from being a singer and song-writer, Nona Hendryx has also lent her voice to those causes she believed in. For example, she took part in the Artists United Against Apartheid project in 1985 to recorded protest songs against South Africa’s apartheid.

Likewise, in 1987, she became a member of the Black Rock Coalition, which was founded by Vernon Reid of Living Colour. The Coalition was a New York-based artists’ collective and non-profit organization dedicated to black musicians.

She was also one of the first artists to perform at the New York City’s Gay Men’s Health Crisis Dance-a-thon to raise funds to support people living with HIV/AIDS.

Ever since she discussed her bisexuality in a 2001 interview with The Advocate magazine, she has also become a gay-rights activist throughout the years.

She joined Cyndi Lauper for her True Colors Tour as a way to raise awareness of discrimination and the LGBT community.

Check out Nona Hendryx in Lesbian News’ feature of the Palm Springs Women’s Jazz Festival in its recent October issue, as well as the video below to see why she’s called Funk Mama.

Ellen Page speaks up for LGBTs in...