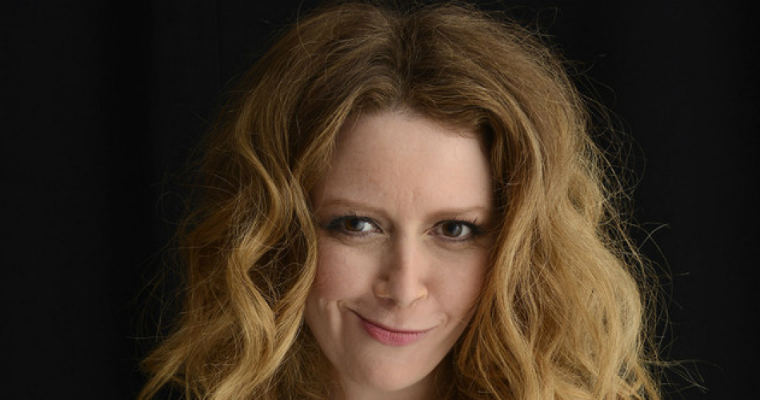 As an LGBT ally, actress Natasha Lyonne shot to fame in the wildly addicting series Orange is the New Black.

Though Lyonne may be straight and has said time and again that she loves men, that doesn’t stop lesbians from finding her awesome such that she’s the latest among a number of lesbian icons who are straight.

A native New Yorker, Lyonne was born and raised to Ivette and Aaron Braunstein. She’s also a far-distant relative of Al Jafee, the cartoonist for Mad Magazine.

Lyonne lived with her parents in Great Neck before moving to Israel for a year and a half.

When her parents divorced, she, her mother, and her brother moved back to New York City and then Miami where she finished school.

As she was neither close to both her parents, she said that she feels like she’s lived independently since she was 16.

Lyonne had always been in the limelight as a kid.

She was part of the Ford Modeling Agency, played the role of Opal in Pee-wee’s Playhouse, and appeared in films such as Heartburn, A Man called Sarge, and Dennis the Menace.

Since then she has been cast in about 30 films in the span of ten years, the most famous of which was American Pie.

She also dabbled in theater acting, debuting in the award-winning Thousand Years, a production by Mike Leigh.

“There’s something about theater that squashes the self-critical voices because you have to be in the moment,” Lyonne said about theater.

“I’m glad that I didn’t do this before I was ready, before I was capable of showing up every day. That is not a skill set I had before,” she added.

Natasha Lyonne as a lesbian icon

Fans rejoiced when Lyonne came back to the hit TV series Orange is the New Black in the fourth season.

After her character, Nicky, was sent to the maximum security for drug possession, the tough lesbian on the lam was barely seen in Season Three.

Of her character, Lyonne said, “I would actually argue that there were huge stakes for Nicky Nichols this season much more than any previous season. It makes sense that a self destructive person would end up where she did.”

Speaking on her character being a lesbian while she’s straight as an arrow, Lyonne said in an interview with the New York Times: “I never want to feel like I’m taking ownership of an experience that’s not my own.”

“And when I play a lesbian character, it means that she’s on her own ride. I love men. I want to sleep with as many as possible,” she added.

However, that hasn’t stopped Lyonne from winning the Human Rights Campaign (HRC) Ally Award last year for supporting LGBT Equality, which can be seen in the video below: