The mystery of the dancer Cha-U-Kao

The mystery of the dancer Cha-U-Kao

The French artist Henri de Toulouse-Lautrec was known for his post-impressionist paintings of Paris in the 1890s, and one of his famous subjects was Cha-U-Kao, a clown dancer who was an out lesbian.

But while Toulouse-Lautrec later became famous, not much is known about his subject, Cha-U-Kao, where she came from, or even her real name.

The dancer Cha-U-Kao and the artist Henri

Toulouse-Latrec had immersed himself in the colorful life of Paris, especially in the area of Montmartre, which was known for its bohemian lifestyle thanks to the artists, writers, and philosophers who lived there.

It was then that Toulouse-Latrec met the Parisian female clown (or ‘clownesse’) and entertainer Cha-U-Kao, a regular performer at the Moulin Rouge and Nouveau Cirque.

While the dancer’s stage name of Cha-U-Kao sounds Asian, it was actually derived from chahut— the chaos generated by the high-kicking cancan dance popular during the time at the Parisian dance halls.

One among the many lesbians that Toulouse-Latrec painted at that time, Cha-U-Kao became a favorite subject of the painter for her confidence and her openness about being a lesbian.

Calling her the ‘clown with tits,’ the painter showed her sometimes by herself, or with other women dancing, or even with her partner in a series of sketches called “Elles.”

What’s known about Cha-U-Kao is very little, except that she had once been a gymnast, slim and slender in a photograph taken by Maurice Guilbert.

This figure would be gone by 1895 as she was then depicted in Toulouse-Latrec’s work as ageing and overweight.

Cha-U-Kao in the time of Gay Paris

As mentioned earlier, Cha-U-Kao was one of the many lesbians that Toulouse-Latrec painted. But that was because the period also saw an increase in visibility of lesbians and bisexual women.

With the queer culture in Paris flourishing, the fin de diecle society had bars, restaurants, and cafes that were frequently patronized and even owned by lesbians, like Le Hanneton, La Souris, and Le Rat Mort.

There were even mentions of houses of prostitution for lesbians mentioned in tourist guides and journalism of the period.

It was also at that time that private salons began to pop up, hosted by well-known lesbians like Nathalie Clifford Barney and had guests like Colette, Djuna Barnes, and Radclyffe Hall.

In fact, it was that time that Colette and her partner Mathilde de Morny performed a lesbian kissing scene in Moulin Rouge that drew outrage from the rioting public.

It was that milieu that Toulouse-Lautrec depicted as he painted other lesbian and bisexual entertainers like dancers Louise Weber, May Milton, and Jane Avril.

So while we may never really know the history of Cha-U-Kao, images of her will live on in the paintings of Toulouse-Lautrec. 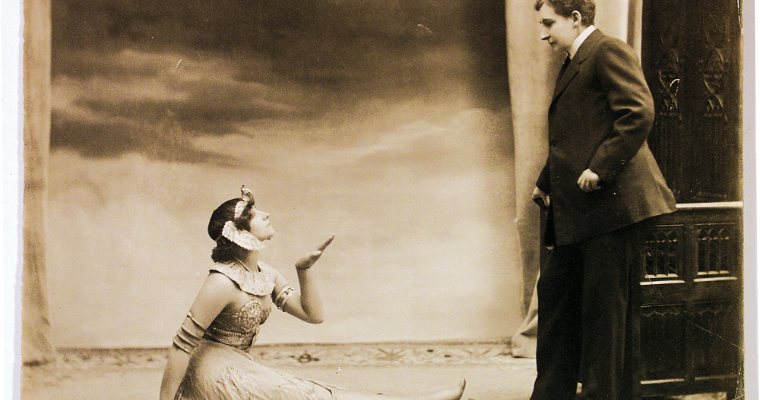 A kiss that shocked the nation...