HomeHallmarksLucas Silveira of the Cliks is a Brand New Man

Lucas Silveira of the Cliks is a Brand New Man 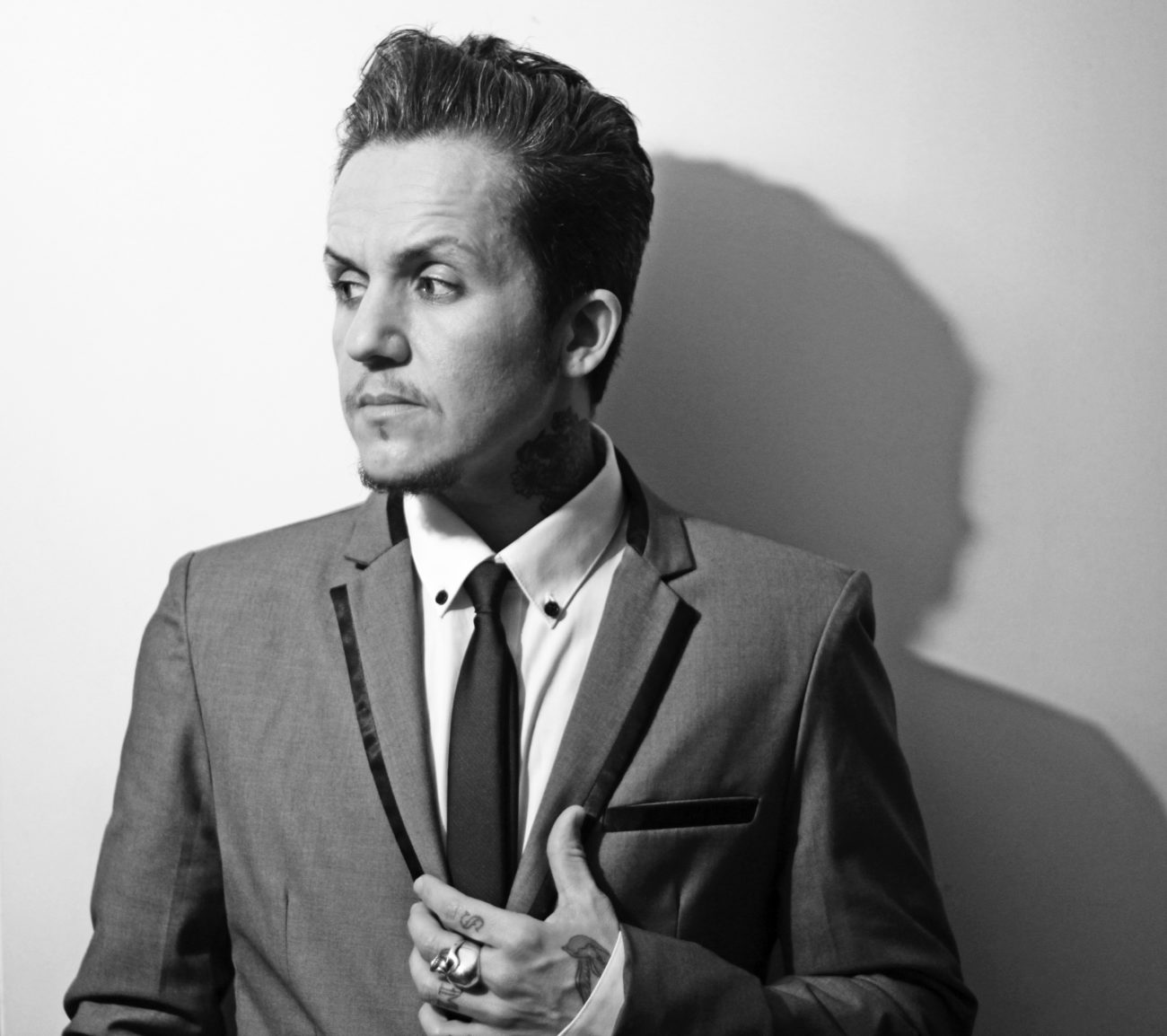 Lucas Silveira of the Cliks is a Brand New Man

Heavily inspired by the blues, BLACK TIE ELEVATOR was produced by musician/singer/songwriter Hill Kourkoutis (Hill & The Sky Heroes, The Weeknd) and features soulful tracks that speak to love, loss, and longing. Silveira, now 33, made history in 2006, when he became the first out transgender man to be signed to a major record label. Silveira’s band The Cliks, which formed in 2004, gained widespread acclaim following a stint performing alongside artists like Debbie Harry, Rufus Wainwright and Erasure on Cyndi Lauper’s 2007 “True Colors” tour; and after being featured on the soundtrack of the Showtime series “The L Word.”

After half a decade of living as a man but appearing to most as a woman, he began the formal process of testosterone hormone therapy. The result was a voice that was changed, deeper and huskier, but somehow more soulful.

In 2010, his rebirth landed him in Brooklyn, NY, a home away from home to concentrate on songwriting. He recorded a solo album “Mockingbird” and wrote new songs for The Cliks next music venture, the blues and Motown-inspired “Black Tie Elevator“.

While transgenderism has been a hot topic lately – particularly with the recent CNN interview of Kristin Beck, a former Navy Seal, who transitioned from man to woman. We also remember Jenna Talackova, the 23-year-old who forced Donald Trump to end a ban on transgender pageant contestants; not to mention ABC announcement that Chaz Bono had joined the popular “Dancing with Stars” primetime TV show a couple of years ago – controversy is still swirling around.

Learning about transgender lives can break stereotypes and help audiences see the human side of an issue they may not have encountered personally.

More than a story simply about a transgender’s ordeal, Lucas’ tale as the frontman of The Cliks is nothing short of admirable and unique. It is an inspiring personal life journey into happiness and being at peace with oneself having found his true voice.

The LN sat down with the talented Lucas Silveira for an exclusive up close and personal look into his extraordinary life and music:

It feels fantastic. After playing the same songs over and over again, it feels really exciting to think about getting into rehearsals to play all new songs. I’m sure we’ll still play some of the old tunes but this is going to be a really big change for us live.

LN: How would you describe the sound and production of “Black Tie Elevator”?

A blend of soul and rock.

LN: What inspired the album title and name?

A dream I had years back. Sometimes people think I’m nuts but I’m, how do you put this, psychically intuitive. I have dreams that realize themselves in real life. This specific dream I had about a year before I recorded the last record Dirty King. In the dream and in short, I went up an elevator in a massive high rise and fired my ex manager and then went to the roof of the same building where I sat with my band and quit the band. As I was coming down the elevator, I saw a black suit rising up my body, creating itself on me. I just remember feeling really happy. Accomplished. And as I hit the ground floor, I remember smiling and when the door was about to open, I woke up.

LN:  You recently decided to go through the physical transformation from a woman to a man. How did you live that experience – were you frightened or excitedly ready?

Scary as Hell and I don’t think you could ever prepare yourself for something like that. It’s like having a baby. You do it and you learn as you go. The scariest was my voice changing but I got through it. I’m still changing daily and will be for the rest of my life. It’s not just a physical thing it’s actually more intensive emotionally. After your body starts changing, then comes socialization and perceptions and a whole whack of things I was not expecting at all. I’m sort of like Edward Scissorhands. I’m not finished yet.

LN: Do you feel the transition has affected your music?

More than I ever could have imagined. It completely changed me and my artistic expression. I know this is going to sound strange but I truly feel

hormones changed my emotional pathways and how I was able to express myself. The first time I noticed I hadn’t cried in over a year I was really thrown. That’s when I really started to pay attention to how I was connecting to creating. It was so different that I still have a hard time explaining it. All I can say is that something as visceral as crying being a connection to emotion being suddenly unavailable was something that also translated into other parts of my emotional process. It’s not that I couldn’t access my sadness, which I write from a lot, but it was definitely a new and different route from point A to B now. That happened to be the case with many other emotions. LN: Having now found your true voice (literally and figuratively speaking), how different is this album from your previous ones?

It’s completely different. Not only is my voice different but the sound of music is different comparatively to the old records. I’m not sure what happened after my voice changed or after I went on hormones but something about the way I connected to my songwriting completely changed. I’m still trying to figure out whether it’s a personal growth or hormones or everything put together that has sent me in this direction. But seeing as I can’t really figure it all out I’m just very happy to accept that the kind of music I’m writing feels really genuine to me at this point.

LN: Transgenderism has been a hot topic lately; What is the #1 misconception you wish you could put to rest or at least provide some clarifications about?

LN: How do you define yourself in a world where everything and everyone has to have a label and be categorized?

I’m just Lucas. A guy who’s a musician and a songwriter. Oh and I love puppies.

LN: You’ve been touring the US and Canada lately; How long is the tour scheduled to go on for?

For the rest of my life! And with a few breaks in between. But seriously, we just keep touring the record until we feel the record has been toured enough and then we decide to get back in the studio to do the cycle all over again with a new record.

LN: Is it true that playing live is an addictive thrill? What is it about being on stage in front of a live audience that gets performers that so-called adrenaline rush? I’m not sure but it is true. Every time I get off stage I actually feel hot. When I first started doing it, I thought people were putting things in my drink! But I think it’s just a matter of energy and how the audience connects with you. Energy is a powerful thing and when you’re on stage giving your all trying to get people’s undivided attention and you succeed, it’s amazing so I would have to think that it’s something about that connection of energy that actually does that.

LN: Any advice you could offer to younger bands?

Oh plenty. My first one is always get a lawyer. The second is don’t spend money needlessly trying to keep up with bigger bands. People keep saying to me that being on the road is what breaks a band and I personally think that’s bullshit. It will break the bank for sure and leave you sour and not wanting to tour anymore because you can’t pay your rent. Spend wisely and don’t print records you’re not going to sell. Use the internet to your advantage. If you’re good and you create a viral presence, that will begin to build your audience so that going on the road isn’t a waste of money and energy. The only reason you should ever do that is if you get on tour with a bigger band that can help build your own following, otherwise, don’t do it.

LN: What other projects are you currently working on?

We are currently doing a Pledge music campaign trying to raise funding for touring. If anyone wants to pledge, they can go to www.pledgemusic.com/thecliks

It’s a tough world out there and when no one sells records anymore you have to find other ways to get yourselves on the road so we appreciate everyone who gives us money in exchange for something we offer.

For more information about The Cliks go to: www.TheCliks.com