HomeNewsBusinessLGBT market more diverse for business than you know

LGBT market more diverse for business than you know 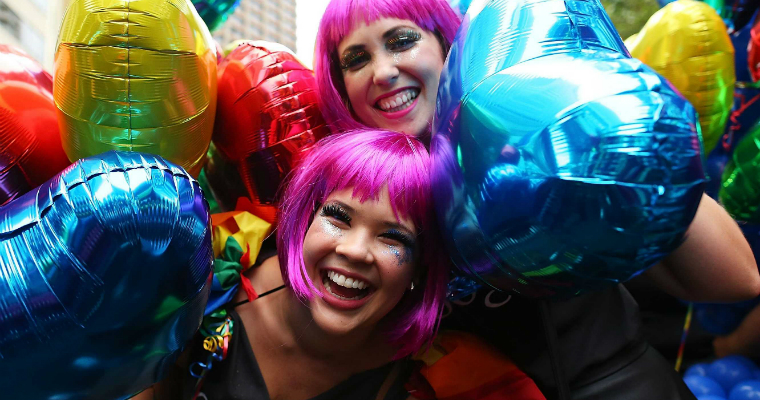 LGBT market more diverse for business than you know We’ve already pointed out that not all lesbians are the same, with different experiences and history. Business should also apply this to seeing the LGBT market as a whole.

This is because the LGBT community as a market is as diverse as their rainbow flag and businesses would do better knowing that.

As Sean Howell of Business2community noted, the LGBT market as a demographic is not monolithic.

The LGBT market as a demographic myth

Since the late ’70s, Howell said the LGBT market had been seen as having “hyper education, higher income, more management positions, more influencers, and more spending compared to straight peers.”

“The common (and incorrect) ‘wisdom’ goes that gay people get higher educational degrees and work harder at their jobs to offset societal homophobia, and when they partner up, they become DINKs (that is, Double Income couples with No Kids),” Howell said.

“But this popular wisdom is a lie– it has many holes and leads advertisers astray when marketing to LGBT consumers. By exploring the causes and facts behind the myth, we get a more complete picture of LGBT affluence and a stronger idea of how to navigate the LGBT market,” he added.

Howell said the problem with this view is that most data comes from out gay and lesbian individuals, and this ignores bisexual, transgender, and closeted people.

Likewise, it doesn’t take into consideration of people who experience same-sex attraction and gender non-conformity but don’t identify as LGBT.

As such, he said, “those willing to disclose their LGBT identity may be more financially secure than those who refrain for fear of worsened poverty or discrimination.” This may have affected the data of previous studies, he said.

The state of the LGBT market

Instead of the above common view, here’s a snapshot of the LGBT community now.

Likewise, a 2013 Williams Institute study noted that lesbian, gay, and bisexual individuals and couples continue to face higher levels of poverty than heterosexuals.

The study noted that a child in a same-sex household is “twice as likely to be poor than one in a mixed-sex household.”

More importantly, poverty rates go up when you consider “non-white and transgender people as well as residence within states lacking employment, housing, and other LGBT non-discrimination protections.”

Any further study of the LGBT affluence should also look at the economic impact of anti-LGBT discrimination.

These range from employees airing anti-gay sentiment and discomfort when faced with the possibility of having an LGT superior.

There are also the effects on LGBT physical and mental health due to social stigma and discrimination, and the corresponding economic toll because of this.

The wide range of the LGBT market

Though there is an income and equality gap between LGBT and straight people, the gay and lesbian income also falls across its own wide spectrum.

Meanwhile, an important 31 percent said they felt they were “on the edge or falling behind.”

“Far from being monolithic, the LGBT population reflects an array of income, race/ethnicity, geographic locations and political opinions,” Howell wrote.

“Nevertheless, it collectively has an estimated buying power of $884 billion, and companies are spending an estimated $370 million to connect with that power through online, print, live event and television advertising, particularly in LGBT-specific spaces,” he added.

Dealing with jealousy in your lesb...