Lesbians during the Nazi regime 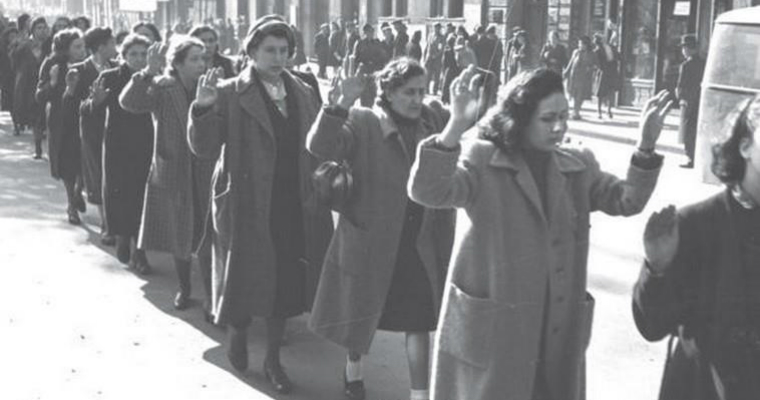 Lesbians during the Nazi regime

Adolph Hitler’s rise to power was probably one of the darkest moments in world history as the Nazi regime set out to obliterate the Jewish race while trying to purge homosexuality.

Before the Nazi regime

Prior to Adolf Hitler’s reign, Germany during the Weimar Republic was one of the most liberated countries in the world. During the time of Marlene Dietrich, gays and lesbians were openly living their lives.

Although German women weren’t allowed to participate in political organizations, their social life, particularly for the lesbians, was bustling. They had clubs and bars to go to, such as the Dorian Gray and the Magic Flute Palace, where they could meet.

Likewise, Berlin that time was so open that lesbian literature thrived with journals like Frauenliebe (“Female Love”) and Die Freundin (“Girlfriend”).

During the Nazi regime

All this changed when the Nazis came to power. A wave of state repression came about to supposedly cleanse the Aryan race of what they believed to be inferior blood.

When Hitler came into power in 1933, bars and clubs were closed down. Homosexuals were imprisoned with threats to be sent to the concentration camp. Gay prisoners had to wear a pink triangle to distinguish their crime.

Lesbians, on the other hand, either fled the country, hid their sexuality, or married gay men to avoid harassment.

Still, the lesbians had it easier than the gays. But only because they were women and their place in the world was too unimportant.

According to the US Holocaust Memorial Museum: “The Nazis believed women were not only inferior to men but also by nature dependent on them; therefore, they considered lesbians to be less threatening than male homosexuals.”

Another reason the Nazis were easier on lesbians was that it was harder to distinguish friendship and romantic relationships among women.

Life under the Nazi regime

Still, it wasn’t an easy time for lesbians during the time of the Nazis.

Annette Eick was a Jew living in Berlin with her family. She was also openly gay and was active in the LGBT scene.

“I saw a woman who looked like Marlene Dietrich,” she told Gay Star News. “She is the one I saw occasionally later, the one who saved my life because she was the one who sent me this permit.”

During a raid in the farm where she was hiding out with some Jewish teens, Nazis raided it. She was able to escape and was given an entry permit to England by the Dietrich lookalike she was in love with.

Eick was one of the few Jewish lesbians who lived under the Nazi regime to tell the tale.

Dating lesbians, or how to date a...