HomeLifestyleLesbian stereotypes that frequent a bar

Lesbian stereotypes that frequent a bar 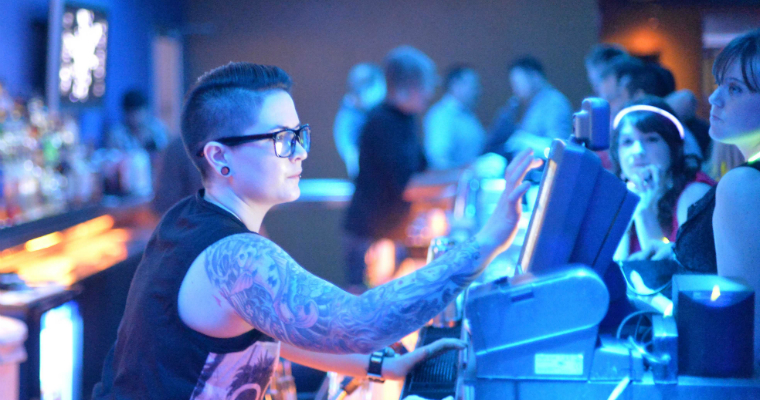 Lesbian stereotypes that frequent a bar

If there are two things you can expect when you’re in a lesbian relationship–or after one– it’s that you need to anticipate a lot of drinking and you’ll meet a lot of lesbian stereotypes in a lesbian bar.

The reasons for the former range from:

1) Lesbians are always heartbroken and they often drown their sorrows through drinking.
2) Lesbians are fun-loving so we always like to drink.
3) There’s no better place to meet girls than in a lesbian bar.

As for the latter, here’s the thing: lesbian bars are like a world of their own. You’ll see different kinds of lesbians there, some of them almost stereotypes.

Here are a handful:

As their name says, lesbian frat boys are frat boys in a bar– but are, you know, lesbians.

These lesbians are usually the masculine type, but not the grease boy who likes to putter around your car engine.

This type of lesbian barfly is usually clean-cut, has short hair, sporty, and often has a beer in hand or a couple of bottles in front of her.

What makes them stand out is they’re usually young and, like most frat boys, obnoxious.

You can say these types are the sorority girls, but with a little razor-sharp edginess to them.

Here’s how Thought Catalog describes them: “This girl usually show up in 6-inch heels, a skintight miniskirt, a pound of makeup, and two feet of cleavage.”

What makes them sorority types? These girls usually long for a quick bang in the bar restroom, get picked up, or simply end up with somebody to go home to.

Usually a regular in that bar, these lesbians usually know most of the people there.

They would hop from one table to another, schmoozing up one group of girls and then flirting with the others at another table.

From the word ‘homeboy’, their fashion style is usually rap gangsta. But they’re generally friendly and love the attention they get from constant mingling.

This is the type that– when they walk inside a bar– all eyes are on them. They’re perfectly dressed and not a hair out of place.

They have this confidence coming from a cool job. It wouldn’t be a surprise if they’ve slept with a celebrity.

You can tell these types by the way their mouths are hanging.

Okay,we’re kidding, but they do have this star-struck look on their face indicating this is their first time in a lesbian bar.

These were once straight but have tasted lesbian love and loved it.

Have you met any of these lesbian stereotypes? Or better, are you one of them? Sound off in the comment sections below!

When the first same-sex marriage h...

Consequences for North Carolina an...