Last week, we talked whether the lesbian identity was changing into the queer identity in the new era.

We spoke about how the baby lesbians feel bolder, freer, and have a less angry queer identity as compared to their older sisters.

The transition from lesbian identity to queer identity

For the millennials who prefer the queer identity, the lesbian identity has come to connote butch and femme relationships, i.e. lesbians who are completely in touch with their masculine side or try to appear straight respectively.

The old ways of the lesbians are also too political for their taste. For them, they see the lesbian identity as the women loving women who would march or go to rallies for LGBT rights.

This kind of culture is supposedly simply uncool for the young ones. Uncomfortable with this old image, they’ve begun identifying themselves– not as lesbians anymore– but as queer.

“We were convinced that our cool clothes and enlightened, radical paradigm made us something other than lesbians, a label chosen by progenitors who lived in a simpler time with stricter gender boundaries,” Christina Cauterucci wrote for Slate.

While older lesbians point to the simpler idea of women who love other women, the queer identity culture accepts more diverse sexualities.

There are cisgenders (people who identify as their birth sex), transgender men and women, transmasculine (those who stay female but identify as more of a man), and gender queer.

With the queer identity, if you call yourself a lesbian, you’re limiting the scenario to women loving women only.

This is one of the reasons why they prefer to use the term LGBTQ, as the millennials have begun to separate themselves from their angrier, older sisters.

What’s more, while there are different terms for different kinds of sexuality (and the politics to go with it), you can’t go to lesbian bars to meet women or use feminist bookstores or women’s music festivals to reveal your sexuality anymore.

The dangers for both lesbian identity and queer identity

While it’s the prerogative of the millennials to create their own identity, there are catches to it, i.e. erasing the history of how one evolved into a queer in the first place.

As much as there have been many leaps and bounds in the rights of LGBT, the queers seems to have overlooked that discrimination still exists in so many places.

There’s also the fact that these kids grew up in the glory days of the LGBT-friendly Obama administration and find themselves in over their heads with the reign of President Donald Trump.

Another issue is the over-dependence of the queer identity on internet interactions, which are brief and bitter-sweat.

“The durations of our exchanges on Twitter or of our right-swiping on our preferred dating app are short-lived. We immediately move on to the next thing, the next potential fuck,” Marcie Bianco wrote for AfterEllen.

While the vagaries of youth is true for all sexes whether gay or straight, queers denying their lesbian history could rob the younger generation of its potential to be part of the broader LGBTQ culture.

Still, nobody knows what the future will hold and only time can tell if the queer identity is here to stay. 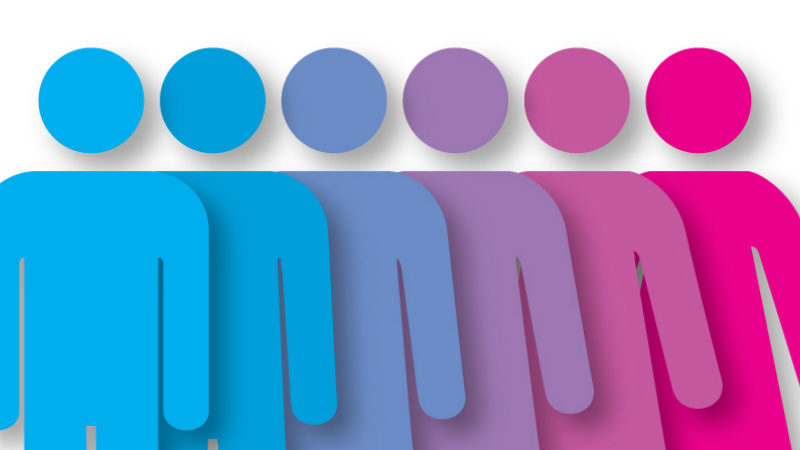 Is the lesbian identity turnin...