If you’re looking for some art and culture in your life, you can’t go wrong by heading down to Key West as it celebrates an LGBT cultural festival together with Cuba.

During the LGBT Art and Cultural REvolution (yes, that’s spelled correctly, suggesting both revolution and evolution), Key West is marking its unique historic connection with Cuba on September 7-13.

Likewise, from September 10-13, you can also head on down to Cuba as part of the festivities.

Some of the activities that will happen at Key West include cigar, rum distillery, and art gallery tours. There will also be receptions and drag shows. These activities showcase the Cuban-influenced heritage of Key West.

The festival kicks off on Thursday, September 7, at the Papa’s Pilar Rum Opening Night Reception. This will be at a restored distillery and will have handcrafted rum as well as food from around the world.

Other events include a Rum & Cigar Lounge Pool Party at the Marker Waterfront Resort, a tour at the Ernest Hemingway Home & Museum, a gourmet Cuba libre brunch at the historic Casa Marina, and a drag show at the 801 Bourbon Bar with a performance by the Cuban-born Marytrini.

On Sunday, they can head down to Cuba aboard a yacht or private plane where you can go on Cuban art studio tours, dance performances, and a dinner at a local artist’s home and gallery.

The basis for the LGBT cultural festival

The Florida Keys, and specifically Key West, is known internationally as an LGBT vacation spot and a gay mecca.

In the year 2000, the city of Key West adopted the official philosophy of “One Human Family.” Currently, more than 200,000 gay and lesbian visitors travel to this spot every year.

Likewise, Key West was known as a Cuban outpost in the past. Cuba’s capital, Havana, is just 90 miles away from Key West and some families had relations four to five generations deep in each city.

When Cuba erupted in political upheaval in the mid- to late 1800s, thousands from Cuba fled Fidel Castro’s revolution to Key West. Exiles began to call the place, Cayo Hueso.

As of present, Cuba has been opening up, especially after then-US President Barack Obama had thawed US-Cuban relations.

Moreover, despite a previous reputation for being not safe for the LGBTQ community, Cuba has been opening up to LGBTQ tourists thanks to the efforts of Mariela Castro, the niece of Fidel Castro and the most vocal political activist for the LGBT community.

Edythe Eyde: The lesbian who start... 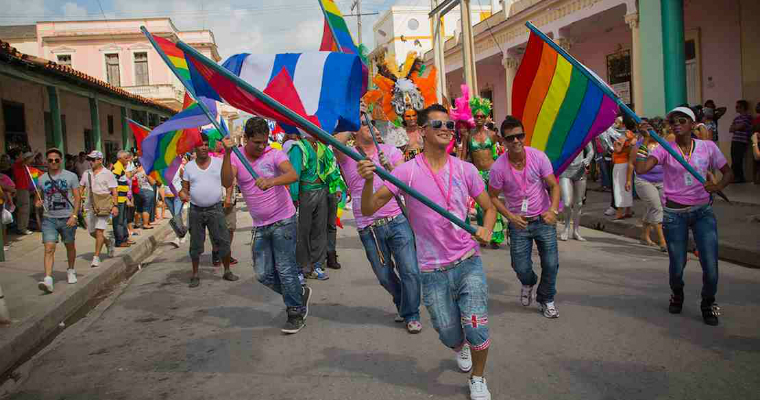