After the Supreme Court declined to hear the case of Kim Davis, Associate Justices Clarence Thomas and Samuel Alito said this was because of the Obergefell v. Hodges decision on same-sex marriage.

The high court ruled in the 2015 decision declaring that same-sex couples have a constitutional right to marry under the 14th Amendment guaranteeing equal protection of the law.

The case of Kim Davis is about the former Kentucky country clerk who refused to issue a marriage license for same-sex couples based on her religious objections and was sued.

While the two justices agreed with the decision not to hear the Davis case, they issued an irregular and involuntary statement on the Supreme Court decision.

“Davis may have been one of the first victims of this court’s cavalier treatment of religion in its Obergefell decision,” they added.

The two further said the Davis’ case doesn’t “cleanly” present the issues of the Obergefell case, which is why they agreed with the recent decision not to hear the case.

However, they said the case “provides a stark reminder” of the consequences of Obergefell.

The two justices said the recognition of same-sex marriage should have “been debated and adopted through the democratic process.”

Likewise, they said it should have been up to the people to decide not to provide statutory protections for religious liberty under state law.

The decision, they said, “enables courts and governments to brand religious adherents who believe that marriage is between one man and one woman as bigots, making their religious liberty concerns that much easier to dismiss.”

Through “a novel constitutional right over the religious liberty interests explicitly protected in the First Amendment, and by doing so undemocratically, the court has created a problem that only it can fix,” they said.

“Until then, Obergefell will continue to have ruinous consequences for religious liberty,” they declared.

The LGBTQ community and others responded to the declaration of the two justices with dismay.

William Eskridge, Yale Law School professor and co-author of Marriage Equality: From Outlaws to In-laws said the statement is “alarming” because the justices want to overrule Obergefell.

Alphonso David, president of the Human Rights Campaign, said it “proves yet again that a segment of the Court views LGBTQ rights as ‘ruinous’ and remains dead set against protecting and preserving the rights of LGBTQ peoples.”

James Esseks, director of the American Civil Liberties Union LGBT & HIV Project, said people working in government have “no license to discriminate or turn people away because they do not meet religious criteria.”

The future with Justices Clarence Thomas and Samuel Alito

While two justices signed the statement, a majority of five is needed to overturn Obergefell given the nine-member high court.

Meanwhile, Chief Justice John Roberts– who also dissented in the 2015 decision– did not sign the statement. Neither did other Trump appointees like Associate Justices Neil Gorsuch and Brett Kavanaugh.

The Supreme Court is set to hear this November Fulton v. City of Philadelphia on the termination of a contract with Catholic Social Services after refusing certify qualified same-sex couples as parents for foster care.

Since Obergefell, almost 300,000 same-sex couples have been married according to a May report by the Williams Institute at UCLA. 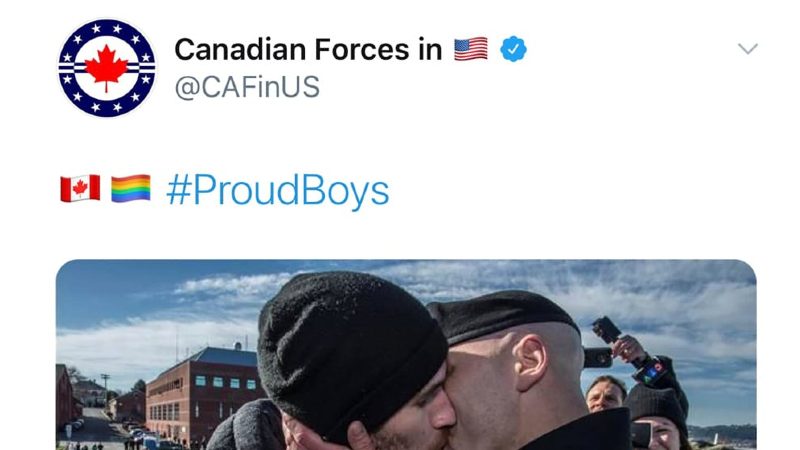