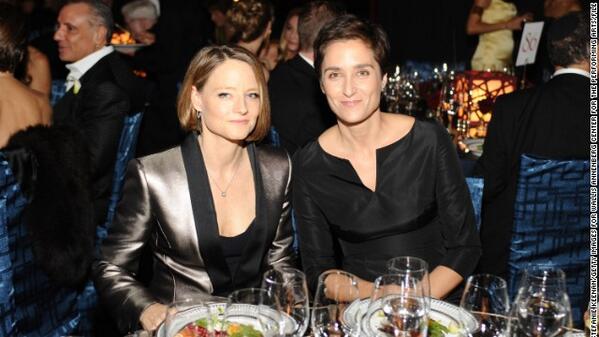 The actress and filmmaker quietly tied the knot with her girlfriend Alexandra Hedison over the weekend, a rep for Foster confirmed to CNN.

According to E! Online, which first reported the news, Foster and Hedison had been dating for almost a year. The entertainment site took note of the relationship last September after photos surfaced of Foster spending time with Hedison, a photographer/actress and an ex-girlfriend of Ellen DeGeneres.

No other details are yet available about Hedison and Foster’s nuptials, although we won’t hold our breath: Foster is notoriously private about her personal life. At the 2013 Golden Globes, she declined to give a “big coming out speech” as she accepted her Cecil B. DeMille award, saying that she’d already come out to those close to her.

“I already did my coming out about a thousand years ago, back in the stone age,” Foster said. “If you had been a public figure from the time that you were a toddler, if you had to fight for a life that felt real and honest and normal against all odds, then maybe then you too might value privacy above all else.”

In that speech, Foster expressed gratitude to her former partner Cydney Bernard, with whom she has two sons.

Fallout from the Hallmark Chan...