HomeHallmarksJessy J: Expressing herself through her sax

Jessy J: Expressing herself through her sax 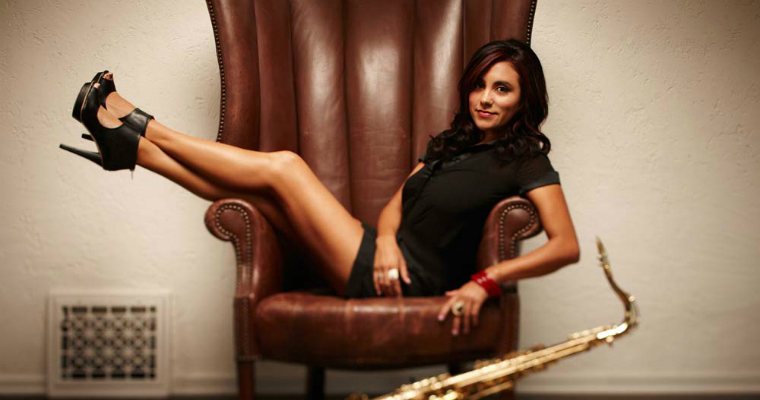 Jessy J: Expressing herself through her sax Jessy J– or Jessica Arellano– is known for her mastery of the saxophone, but she’s also a pianist, signer, and songwriter.

Dubbed the Queen of Contemporary Sax, Jessy J blends Latin rhythms and contemporary jazz so well that she’s managed to not only top the charts, she earned the Radio & Record’s “Debut Artist of the Year” Award when she first burst onto the scene in 2000.

Of American-Mexican descent, Jessy started playing the piano at the age of 4 and won the piano state championship at the Bela Bartok Festival at the age of 15. However, the saxophone eventually lured her away from the piano.

From then on, she played sax on state-honored bands (like the Grammy Band) and in international festivals like the Montreaux Jazz Festival in Switzerland. She earned a scholarship at the University of Southern California where she got a degree in jazz studies and the title “Most Outstanding Jazz Student” to boot.

After graduating, she worked with Michael Bublé, performed with the Henry Mancini Jazz Orchestra, and toured with the Temptations, Jessica Simpson, Michael Bolton, and Seal.

Her first album was Tequila Moon in 2008, which won her not only the debut award from R&R and JazzTrax, but also the award for “Contemporary Jazz Song of the Year” from both R&R and Billboard Magazine for her song “Tequila Moon.”

She also won the ASCAPlus writing Award (ASCAP) from the American Society of Composers and Publishers twice– in 2010 and 2011– and then her 2011 album Hot Sauce debuted at #1 at the Billboard Jazz charts.

Since then, she’s worked with other jazz artists, like Jeff Golub, Euge Groove, Paul Brown, Jeff Lorber, and Gerald Albright. In 2010, she was part of the Summer Storm Jazz tour with Norman Brown and Brenda Russell.

In 2015, she released her fifth album, My One and Only One, which combines funk, soul and Latin jazz that were inspired by her African and Cuban travels. Though she also plays the flute and gives a fine bilingual vocal on this album, her main instrument of choice is still her saxophone.

As she once told a reporter of the Tri-City Herald, “I love the expression of the saxophone. It sounds like the human voice.”

What’s more, the J in her name “Jessy J” signifies Jazz– because she’s certainly one of the more innovative voices in Jazzy today. But if you’re not convinced, check out her single, “The Tango Boy” in the video below.