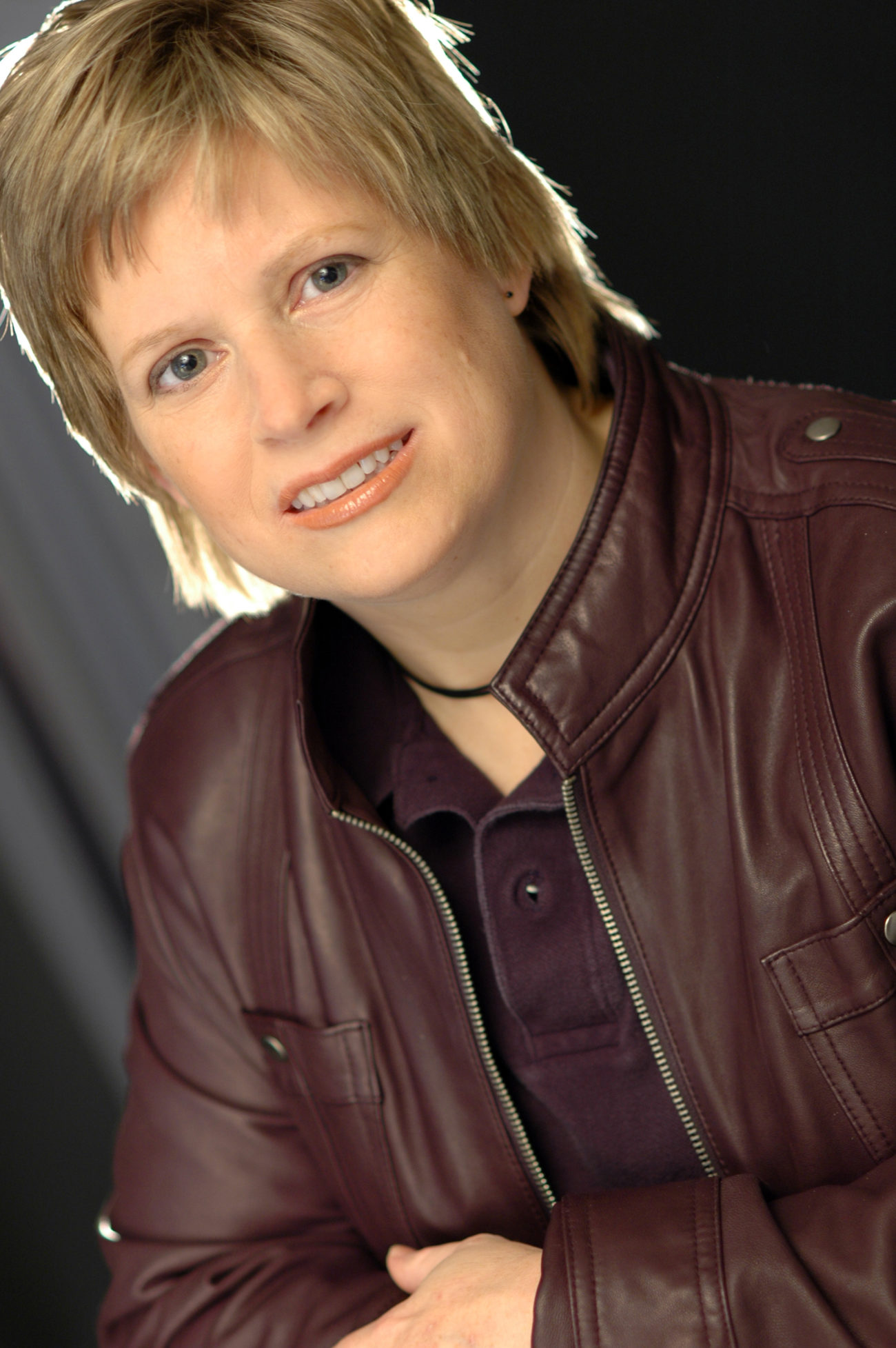 LM:  Hi Joyce, I met you on an Olivia Cruise, and I thought you were really funny. You reminded me of a young Ellen (who needs no last name).  How and when did you start in comedy?

JR: In October 2006.  I had just defended my master’s thesis, and felt I did a terrible job of it (though I passed).  I discovered that the DC Improv had a seminar called “Stand Up and Public Speak” – to help people get more comfortable with public speaking and to throw some humor into their speeches.  I had hoped the instructor would challenge everyone to get on stage and actually “public speak” but it was just a seminar.   I was disappointed, so I took “Introduction to Standup Comedy” (taught by the same instructor, Matt Kazam, who is a successful full-time comedian). It worked; he got me up on stage.  Our assignment was to tell 5 jokes. The class laughed and it was so much fun, I caught the comedy bug!

LM: That comedy bug sometime runs in you DNA. Was there anyone funny in you family?

JR: My Dad was always pretty funny, at least he thought so. He always had little quips, and he’s one of those guys who liked to joke around with our waitresses.  He’s in my act, and he is always trying to get me to use his joke about a tennis player, who’s choppers fly out of his mouth and across the net at the other player.   I haven’t used it yet, I tell him I’m saving it.

LM: He sounds like my Dad with the waitresses. He was always giving them verbal tips that he thought were hilarious…don’t eat yellow snow, etc.

LM: Do you have any favorite comedians?

JR: Ellen Degeneres may seem like the obvious choice, but I really have loved her since the early days.  I also love the two deadpan comedians who I am compared to most frequently, Steven Wright and Margaret Smith (who actually wrote for Ellens’s show).  The one comedian, who has helped me the most, is Mimi Gonzalez.  She let me open for her during Women’s Week in Provincetown.  She has always been willing to answer any questions that I have about the business or life in general.

LM: I thought you looked like a young Ellen when I saw your act. You look all innocent and sweet and then, whammy you say something unexpected, but smart, that’s what I liked about you.  I know Mimi, I haven’t seen her in a long time, but that’s nice that she was so helpful to you. Did she hit on you, ha ha just kidding. You are too young for her; no really did she hit on you?  Don’t answer that one.

LM: Any advice or inspiration for other young comics who might be reading this?

JR: Well, there is one.  Early in my career, I was doing a show for new comics in New York at Carolines on Broadway.  Bob Saget poped in to try out some new material.  I had to go up after him.  He had seen me standing in the back, and could tell I was nervous I guess.  Anyway he asked if I was going on and then he asked my name, I gave him my card (always have a card), after my set he told me “That was great” and gave me a big hug!  I like to think he really liked my act.  Or he just thought I was cute.

LM: I was just going to ask if he hit on you. I’ve seen that guy’s act.

LM: Are there any favorite shows that you’ve done?

JR: Of course, Woman’s Week in P-town.  In DC, we did a series of shows called “Gaylarious”.  Plus I did that talent show you saw me in, on the Olivia Cruise. It was fun working with Kate Clinton, She is so nice.

LM: Do you have a biggest fan?

JR: I would say my cat.  When I need to practice, I do my sets for her.  She never pays attention. She’s just like the bar crowd, the crowd that doesn’t really care that there’s a comedy show happening while they are drinking!

LM: That crowd is missing out, because you are funny, and they‘ll be the first ones bragging that they saw you at a bar when you get rich and famous. And I think you will be. Good luck, Joyce, and hang in there!