This Healthcare Equality Index (HEI) surveyed 590 healthcare facilities to see which ones are committing to LGBTQ-inclusive policies and practices.

The HRC also looked into the key policies of more than 900 hospitals who didn’t participate in the survey.

The HEI noted that of the facilities surveyed, 303 got the HRC designation of “Leader in LGBTQ Healthcare Equality,” or 50 percent of those who participated in the survey.

Likewise, using a numerical scoring, 3/4 of the facilities surveyed managed to get 80 points and above.

However, HRC President Chad Griffin said this could be better: “The 2017 HEI reminds us again that though we have made tremendous gains over the past decade, there is still much more work left for us to do.”

“For the past decade, the HEI has been the roadmap to closing the gap in ensuring equal care to LGBTQ patients and their families, and we urge every healthcare facility to join us in this continuing effort to provide inclusive care to all,” Griffin added.

The survey focused on the implementation of LGBTQ-inclusive policies and practices in four areas. These are: LGBTQ patient-centered care, LGBTQ patient services and support, fully-inclusive employee benefits and policies, and LGBTQ patient and community engagement.

While 303 facilities earned the highest marks in the index, 144 facilities got “Top Performer” designation for scoring between 80 to 95 points.

The HEI’s new scoring also allowed deductions with a new section that focused on responsible citizenship and going after activity that undermines LGBTQ equality and inclusive patient care.

Healthcare facilities that have large-scale official or public anti-LGBTQ activities may be deducted 25 points from their score. For example, John Hopkins Hospital received this deduction for this year.

“There are LGBTQ patients who either are going to Hopkins or want to go to Hopkins, who are fearful that the care they will receive is either substandard or subpar,” Sarah McBride, HRC National Press Secretary, told LGBTQ Nation in a telephone interview.

In particular, the HRC tagged Dr. Paul McHugh, professor of psychiatry and former chief psychiatrist at Johns Hopkins Hospital as the reason behind the hospital’s deduction.

Using his influence as a member of the faculty at Johns Hopkins School of Medicine, Dr. McHugh has gone after transgender people and described them as “counterfeits,” “impersonators,” “confused,” and “mad.”

The HEI also noted the groundbreaking work in two transgender youth clinics: the Center for Child and Adolescent Gender Care at Duke Children’s Hospital in Durham, North Carolina and GENECIS at Children’s Health in Dallas.

This despite the current attacks by legislators on the trans communities in these two states.

Tari Hanneman, Director of the Health Equality Project at the Human Rights Campaign Foundation said: “In the face of these attacks, like Texas’ SB6, Texas hospital programs like GENECIS are standing up for their patients, affirming their identities and providing them with medical treatments that will enable them to live long and happy lives.”

The rise of gay concentration camp... 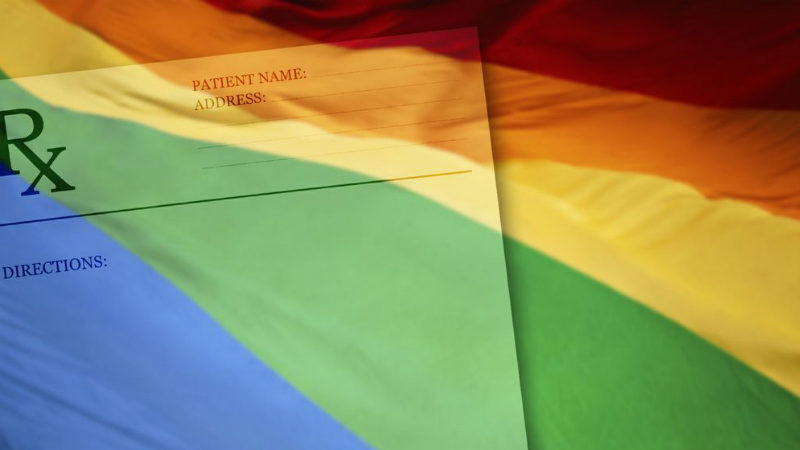