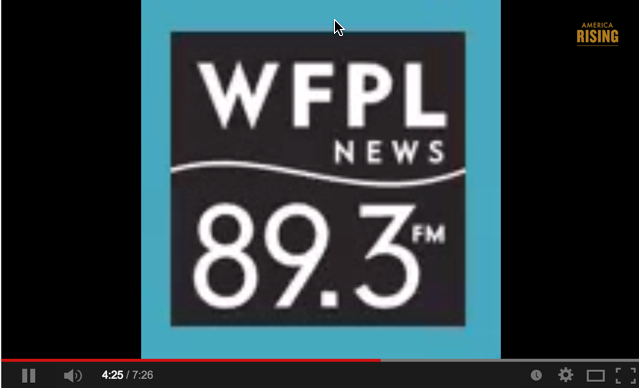 Former Secretary of State Hillary Clinton engaged in an awkward exchange with NPR’s Terry Gross on Thursday when the radio host pushed her on her evolving stance on gay marriage.

When Clinton ran for the Democratic nomination for president in 2008, she, like then-candidate Barack Obama, opposed gay marriage. Since then, both Clinton and Obama have both publicly switched their stance on the issue. Gross attempted to clarify whether Clinton’s initial opposition was a “political calculation.”

During their conversation, Clinton responded vaguely to Gross’ attempts to clarify whether the likely 2016 candidate’s position on gay marriage changed at any point, making general points like “just because you’re a politician doesn’t mean you’re not a thinking human being,” and “I think I’m an American, I think that we have all evolved.”

Gross continued to reframe her question, asking whether Clinton, at any point, changed her mind about gay marriage, or whether she supported it personally all along.

“You know, I really — I have to say, I think you being very persistent, but you are playing with my words,” Clinton said several minutes into the conversation. “And playing with what is such an important issue.”

“I’m just trying to clarify so I can understand,” Gross said, but was then interrupted by Clinton.

“No, I don’t think you are trying to clarify. I think you are trying to say that I used to be opposed [to gay marriage], and now I am in favor, and I did it for political reasons. And that’s just flat wrong. So let me just state what I feel like you are implying and repudiate it. I have a strong record. I have a great commitment to this issue and I am proud of what I’ve done and the progress we’re making,” Clinton said.