As one of Asia’s most successful business women, Gigi Chao became an unlikely advocate for LGBTQ equality in Asia when her father put a “marriage bounty” on her head.

Since then, the 38-year old Gigi has worked towards making business more inclusive even while enjoying a civil partnership with her female partner, Sean Eav.

Gigi Chao’s fight with her father

In 2012, the socialite Gigi found herself in headline news when her father, upon learning she had married Eav in France, offered HK$1 billion (or US$128 million) to any man that could persuade her to marry him.

Gigi refused, of course, and responded by writing an open letter, “Dear Daddy, you must accept I’m a lesbian.” Now, she has mended her ties with her father and is working for him.

Speaking on the culture she grew up with, Gigi told CNN in 2014 that, “It’s a belief that coming out as gay is a blatant disrespect for your parents. But it’s not that way at all. Most gay people I know respect their parents very much.”

Later on, she told Quartz in a 2017 interview that”Hong Kong is a very conservative, rule abiding place within the Greater China region.”

“Respect for one’s elders and parents is a prevalent norm which is the opposite of the west, and even parts of China. In Hong Kong, the elders and parents are still the holders of financial powers against young people,” she added.

“In such a high tension environment, my approach to the matter has been to lead by example, and allow ourselves to be a visible figure for others to examine for themselves what it means to have LGBT+ family,” she said.

Gigi Chao and the LGBTQ community

Given that LGBTQ rights in Asia isn’t perceived to be at par with parts of the West, Gigi’s letter– and very public coming out– was a surprise spark in giving Chinese LGBTQ people more visibility.

Gigi said her parents’ initial refusal to accept who she was, especially when she brought home her first girlfriend from college, was typical of the socially conservative Asian society.

But her experience opened greater discussions on the Asian community’s struggle for greater equality in the face of tradition and even political oppression.

“Similar to the Pink Dot event that just took place in Hong Kong last weekend, our approach has been to give permission for people to be themselves and embrace diversity,” she said.

“At first, as people and opinions gather, it becomes more visible, until the movement reaches a critical mass and traditional forces can no longer ignore the masses,” she added.

Gigi Chao’s fight for the LGBTQ

Despite being seen as a role model, she told CNN that: “I am who I am, and I speak for myself and myself only. All that’s happened is I’ve been given a voice, and people seem interested in what I have to say.”

Presently, she works with her father in heading Cheuk Nang Holdings Ltd. She has also become a vocal advocate for the community and being authentic at work.

The latter, of course, means working towards having a safer and more inclusive workplace environment.

“Much of the battle is about gender equalities in society as well as LGBT+ empowerment, and the learning opportunities between the two movements are numerous,” Gigi said.

She noted that they’ve adopted a strategy that embraces diversity and gives “permission for people to be themselves.”

Gigi Chao and the struggle for acceptance

Gigi has come a long way since her father’s “wedding bounty.” For one, she became a founding member of an LGBT charitable organization in Hong Kong called Big Love Alliance.

She also became an ambassador for Aids Concern, and a special adviser to the UN Development Programme “Being LGBTI in Asia” initiative.

For her efforts in creating an inclusive workplace in Hong Kong, she was named by the professional LGBT+ membership organization OUTstanding in their list of “Leading LGBT+ Executives” in the world.

But her life really started when she reached out to her father and convinced him of who she was.

As she wrote in her letter: “I am proud of my life, and I would not choose to live it any other way (except also figuring out how to be gentler on the planet).”

Paddle8 auction to raise funds for... 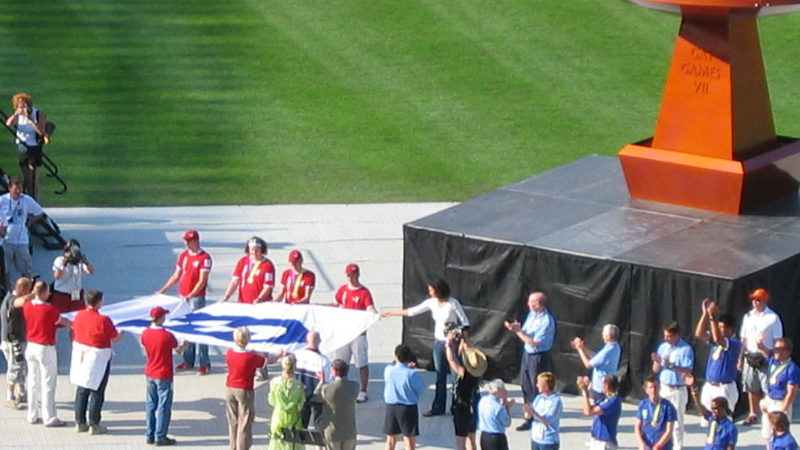