The Outfest Los Angeles LGBTQ Film Festival is set to take center stage again in the City of Angels this July 18-28 with a slew of films for everyone.

The lineup is a veritable multicultural representation of the LGBTQ community with films from 33 countries and in 26 languages, and two-thirds directed by women, people of color and transgender filmmakers.

Some of the films at the 37th edition of the Outfest filmfest will be coming from the top film festivals around the world.

You can check out the full lineup and tickets at the Outfest website.

Outfest Los Angeles: From the world to LA

Opening at the DTLA’s Orpheum Theatre on July 18, Outfest will start with Circus of Books, a documentary of West Hollywood’s well-loved and now-shuttered gay erotica emporium and bookstore on Santa Monica Boulevard.

This documentary recently had its world premiere at the Tribeca Film Festival.

From the Sundance film fest, Martha Stephen’s To the Stars will feature Malin Akerman and Tony Hale, a love story between a farmer’s teen daughter and the new girl in 1960s Oklahoma.

From the Berlin International Film Festival comes Brief Story from the Green Planet, a story from Argentina of a young trans woman who helps an extraterrestrial alien.

There’s Rodrigo Bellott’s Tu Me Manques based on his Bolivian play, as well as Elegance Bratton’s documentary Pier Kids about the lives of queer and trans kids of color in New York City’s Christopher Street Pier.

There’s also Megan Rossman’s The Archivettes, a profile of the women behind New York City’s Lesbian Herstory Archives and their lives.

Special events include the LA premiere of King Lorder’s restoration of the 1967 documentary, The Queen, starring Flawless Sabrina and Crystal Labeija.

To close the festival, there’s the offbeat comedy film Before You Know It, starring, written, and directed by Hannah Pearl Ult, about a dysfunctional family trying to run a small New York theater.

For more about Outfest, check out the video below: 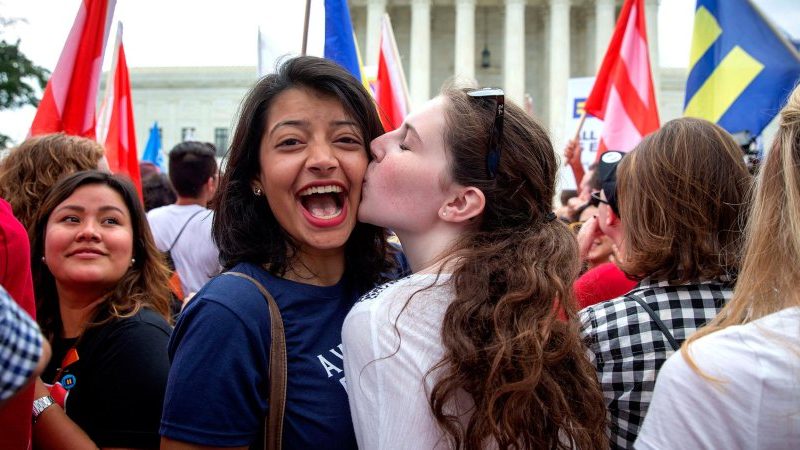