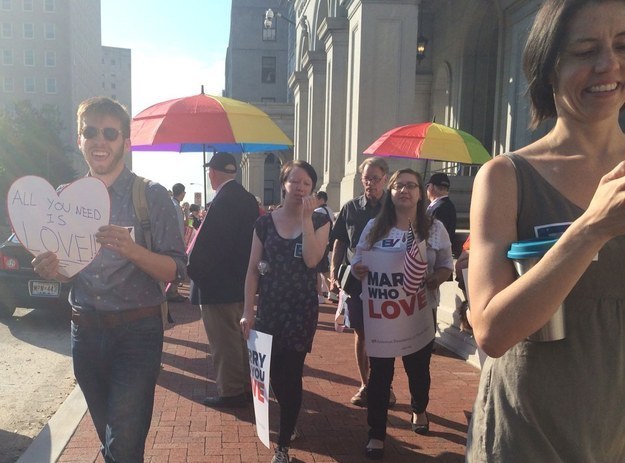 “[I]nertia and apprehension are not legitimate bases for denying same-sex couples due process and equal protection of the laws.”

On a 2-1 vote, the appeals court joined the wave of court decisions declaring such bans unconstitutional. The decision, by Judge Henry Floyd acknowledged both the debate over such laws and, in the court’s view, the clear constitutional impediment to laws banning same-sex couples from marrying.

“We recognize that same-sex marriage makes some people deeply uncomfortable,” he wrote. “However, inertia and apprehension are not legitimate bases for denying same-sex couples due process and equal protection of the laws.”

In considering the matter, Floyd, joined by Judge Roger Gregory, ruled, “The Virginia Marriage Laws … impede the right to marry by preventing same-sex couples from marrying and nullifying the legal import of their out-of-state marriages. Strict scrutiny therefore applies in this case.”

The court heard arguments in the case in May.