HomeEntertainmentFallout from the Hallmark Channel pullout of kissing bride ads

Fallout from the Hallmark Channel pullout of kissing bride ads

Fallout from the Hallmark Channel pullout of kissing bride ads

It’s all over but the shouting: Hallmark Channel had pulled out ads of two brides kissing, but then reversed themselves and apologized.

Let’s look at the issues that were generated by the controversy and the effects it left behind.

Hallmark Channel’s mistake and what happened after

For context, here’s what happened: Zola, a wedding-planning website, had come up with four television commercials that showed two brides kissing for the cable network.

However, when the conservative group One Million Moms complained that Hallmark Channel was promoting “the LGBT agenda,” these ads were pulled– while the heterosexual versions of couples kissing were kept.

This drew a huge backlash from the public, as well as from personalities like talk show host Ellen DeGeneres and Democratic presidential candidate Pete Buttigieg.

Hallmark Channel, which is owned by the Crown Media Family Networks, backtracked from their action and apologized, reaching out to Zola to reinstate the commercials.

Mike Perry, president and chief executive officer of Hallmark Cards said in a statement: “The Crown Media team has been agonizing over this decision as we’ve seen the hurt it has unintentionally caused.”

“Said simply, they believe this was the wrong decision,” Perry said. “Our mission is rooted in helping all people connect, celebrate traditions and be inspired to capture meaningful moments in their lives.”

GLAAD lauded Hallmark’s decision with its president Sarah Kate Ellis declaring: “The Hallmark Channel’s decision to correct its mistake sends an important message to LGBTQ people and represents a major loss for fringe organizations, like One Million Moms.”

Meanwhile, Hallmark said they are willing to work further with GLAAD: “Across our brand, we will continue to look for ways to be more inclusive and celebrate our differences.”

Lauren Sick, who director of the six Zola commercial for the “No Regrets” campaign, said: “Hallmark’s decision was discriminatory and wrong. It was incredibly disappointing.”

“But in the end, they did the right thing by reversing their decision. I’m just hoping that this conversation will contribute to more representation for LGBTQ couples on their channel, and across more media in general,” Sick said.

How Hallmark Channel should make up for their mistake

Jude Dry, writing for Indiewire, pointed out that an apology isn’t enough and that Hallmark should come up with a movie featuring a same-sex couple, given that they have never been featured in a main storyline.

Dry wrote that “if Hallmark really wants to make an impact and show the LGBTQ community its commitment to inclusivity, it should greenlight an LGBTQ script ASAP.”

“In an ideal world, an LGBTQ Hallmark movie would be exactly like every other Hallmark movie, except with queer actors playing the estranged twins who decide to swap lives,” Dry added.

Hallmark Channel’s decisions in the age of social media

Meanwhile, Martha C. White noted in NBC that this is “a lesson for brands on how responding to online feedback can be a double-edged sword in the age of Twitter.”

When brands drop the ball on this, they face criticism in nearly real time, Calkins added.

Meanwhile, Todd Sears, founder and CEO of Out Leadership, pointed out that companies are realizing they have to adapt their strategies with acceptance of same-sex marriage becoming mainstream.

“I can’t think of many companies that would have made a mistake like this in 2019,” Sears said, adding that Hallmark “learned a very hard lesson very quickly.” 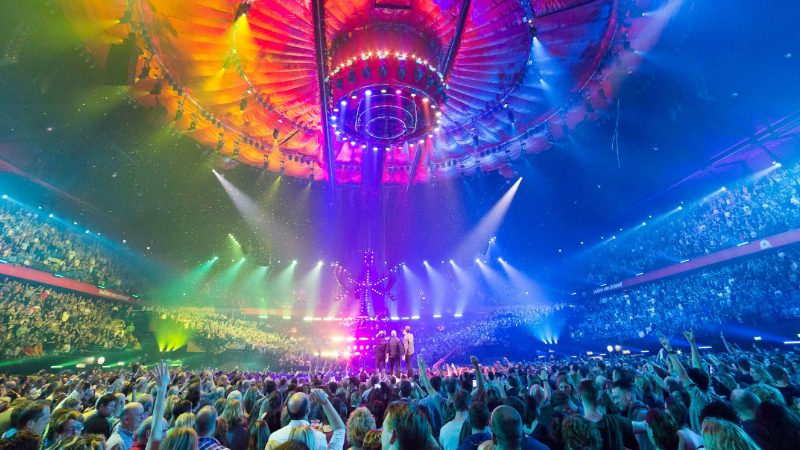 Hungary pulls out of Eurovisio...