Anyone who has not been living under a rock knows that the LGBT initialism stands for lesbian, gay, bisexual and transgender. Over the years, however, those four letters have expanded to become more inclusive.

The prescribed language is ever-evolving, and there are so many letters now that we can barely keep up.

Just how encompassing does the label have to be?

LGBT is the most commonly used initialism. LGBTQ adds “queer” to the mix– often used as a blanket term to represent anyone who is not cisgender and/or straight– with a second Q sometimes thrown in for “questioning”.

Sometimes I and A are added to the end of the initialism.

The “I” is for intersex: a person “born with a reproductive or sexual anatomy that doesn’t seem to fit the typical definitions of female or male”. Intersex people are underrepresented in the queer community.

Most commonly, “A” stands for asexual, or someone who isn’t sexually attracted to anyone. Agender- when someone is “without gender”- falls under “A”, too. Sometimes the “A” can also be used for ally, or supporter.

Finally, the plus sign in LGBTQQIA+ is meant to include anyone’s identity that doesn’t fall under previously described letters in the expanded initialism.

While not as popular as others in circulation, we find this particular initialism worth mentioning.

In a feature piece for The Spectator, writer Matthew Bell recounted this story: “Enrolling at Parsons College in New York the other day, a friend was asked to state her name, subject and PGPs. Her what? Her preferred gender pronouns. If she wasn’t sure, a support group was on hand to help, called the LGBTQIAGNC.”

You might be thinking: what on earth does LGBTQIAGNC stand for? It stands for “lesbian, gay, bisexual, trans, queer, intersex, asexual and gender-non-conforming.”

The latest initialism LGBTQQIP2SAA boasts 12 characters, which represent 11 different groups in the community. We have already covered most of the included characters except for P and 2S.

“P” stands for pansexual, while “2S” stands for “two-spirit”- a term mostly used by indigenous people to describe how they identify with having both male and female traits.

The problem with expanded LGBT initialism

Given the number of initials we’ve elaborated on, things are now getting complicated.

“This is absurd. It makes us a laughing stock and devalues serious issues around sexuality and gender,” British gay rights campaigner Peter Tatchell said about the proliferation of incomprehensible initialisms.

“It’s great to be inclusive, but the new alphabet soup is a confusing and alienating mess– made even worse when people get into spats over missing initials or the inclusion of initials they disagree with,” Tatchell said.

Because people are expressing their sexuality and gender identities like the world has never seen before, getting the initialism exactly right is very important to the community.

How do we strike the balance between maximum inclusiveness and coming up with a label that doesn’t sound ridiculous?

The many loves of writer Jane Bowl... 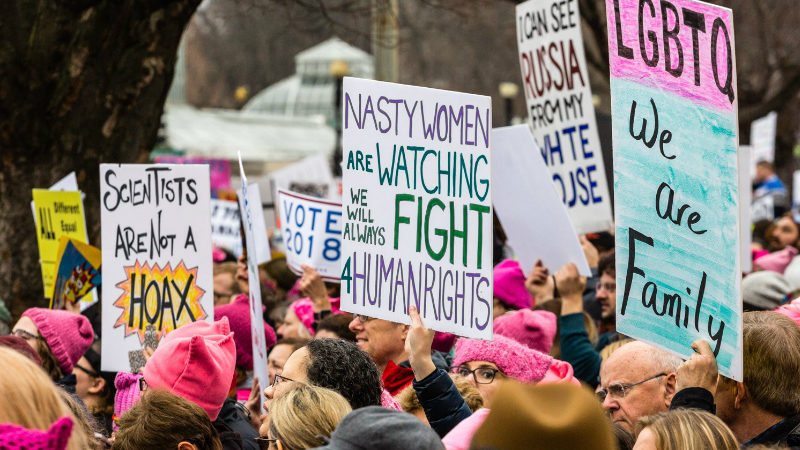 How the LGBTQ under Trump is f...