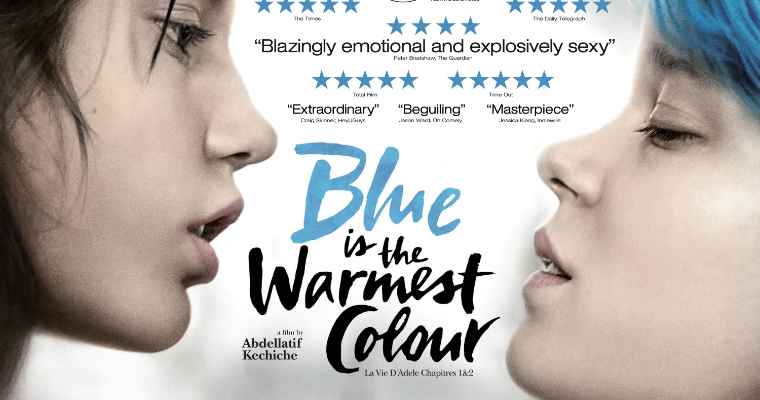 If you were to check out the European lesbian films today, you’d think they were mostly about coming-of-age teens dealing with their (or other people’s) sexuality.

Compare this to Asian lesbian films that seem more comfortable dealing with issues that concern lesbians.

Still, it’s probably appropriate that there is an infusion of new blood in European lesbian films even if the filmmakers haven’t shed their old world regard to sexuality yet. Blue is the Warmest Color (France)

Winner of Cannes’ Palme D’Or Award in 2013, this tale about first love is actually quite simple. Teenage Adele meets a twentysomething girl named Emma with blue hair and they fall in love.

But it’s not so much the plot that makes Blue is the Warmest Color one of the best contemporary films. It’s also about unraveling the woven elements of falling in love and sexual awakening. Criterion Collection called this movie as “one of the defining love story of the new century.” It’s one thing when your mother announces on her birthday that she’s fallen in love. It’s another when she introduces a girl– almost the same age as her daughters– as her new partner.

You can imagine the reaction of her three daughters.

The comedic My Mother Likes Women talks about the different ways the sisters deal with their mother coming out, as well as commenting on the still-conservative culture of Spain. Based on a book by Elena Stancanelli, a mother meets her daughter whom she hasn’t seen in years. The girl, Lenni, is with her lover, Stella, at a gasoline station where the two are working.

But this isn’t your usual mother-daughter movie. It’s more like Thelma and Louise as the two girls accidentally kill Lenni’s mother and then go on the run.

This film– full of surreal images as the two go on the road– showcases the conflicted Lenni, with regard to her mother’s death and her freedom as a lesbian. First shown at Cannes in 1998 as Fucking Amal, distribution issues in the US watered down this movie’s title to Show Me Love.

But for all its name-changes, it’s one of the best lesbian films in history. A coming of age flick about two high school girls, the movie documents their struggle with their feelings towards each other and with society dealing with their love.

In a sense, these four movies give varied perspectives of the rich, old culture of Europe acknowledging the new ways the LGBTQ has changed how they look at their world.