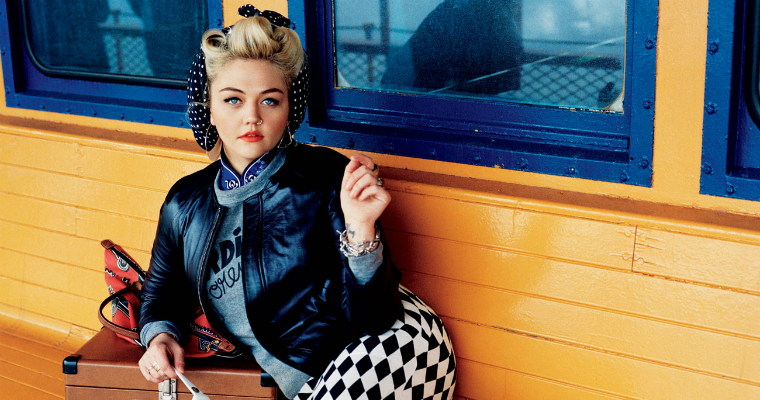 Having celebrity parents can’t be easy on a kid. For US singer-songwriter Elle King, however, she knew that she wanted to be a “badass bitch.” This was a far cry from the reputation of her father, comedian and ex-SNL regular Rob Schneider, and her mother, former model London King.

Fortunately for the Brooklyn-based Elle (whose real name is Tanner Elle Schneider) she’s managed to level up away from the shadow of her more-famous parents.

You have to admit, With a dad who’s a former Saturday Night Live alumnus and the star of movies like Deuce Bigelow, Male Gigolo, having Grammy nominations and a debut album under your belt does come in pretty handy to leverage you out of that kind of legacy.

Sass and punch with Elle King

If you were to try to describe the 26-year-old Elle King, you can’t go wrong the description given by Kitty Empire of The Guardian: “a 1950s pin-up gone feral, her raspy Wanda Jackson holler steeped in every genre of vintage Americana– sassy rock’n’roll, vampy R&B, country sadness and a little blues.”

Likewise, the song also hit the top of the US Billboard alternative chart, the second time a woman did it in 20 years. (The first time, it was Lorde.) For her efforts, her single received two nominations at the 58th Grammy Awards: Best Rock Performance and Best Rock Song.

But though she tries hard to be “badass bitch,” you can see where she’s coming from as a person.

For example, her wanting to make a name for herself separate from her dad? She told Billboard: “I was born out of a Vegas marriage: My parents got married three days after they met.”

When her parents divorced after she was born, it was her mom who raised her. Elle said, “I wanted to be my own person.”

Also, though her songs were inspired by King’s real-life relationship dramas, she bounces back by writing and singing about them: “I fall in love fast, and I fall out of love even faster. But don’t f— with me, or I’m going to write a mean-ass song about you!”

More importantly, she wears her heart on her sleeve– and all over her body: “I have over 35 tattoos. I got my right hand done most recently. I lost my grandmother last summer. We called her ‘Little One,’ so I got that on my hand. Now she’s with me every time I play.”

For more info about Ellie King, check out the February issue of LesbianNews. You can also watch her chart-breaking single below: 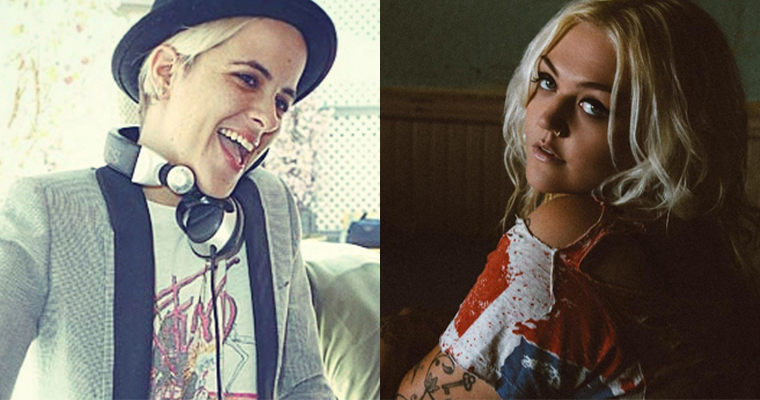