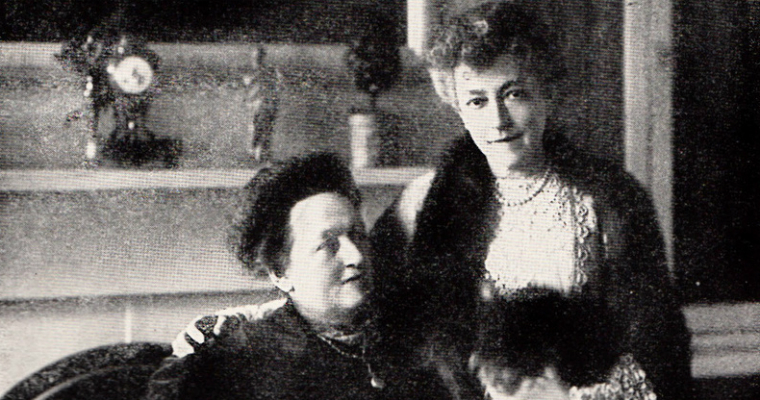 Elsie de Wolfe and Elisabeth Marbury were considered the lesbian power couple of their period, both of them pioneers in their respective fields in the late 19th and early 20th centuries.

On one hand, Elisabeth Marbury– or Bessie– was a female theatrical and literary agent and producer who managed to acquire a number of prominent writers like Oscar Wilde and George Bernard Shaw as well as dancers like Vernon and Irene Castle as clients.

On the other hand, Elsie de Wolfe (later on Lady Mendl) was first a theatrical actress but became the most well-known interior decorator of the 1900s whose reputation spanned from New York to Paris and London.

Because it was the late Victorian period in New York, two women who made careers for themselves would be remarkable on their own as pioneers of ‘respectable women.’ However, the fact that their lesbian relationship was also an open secret that everyone knew defied all expectations.

Elisabeth Marbury had made a name for herself in the theatrical and literary world, representing not only American writers but also French writers of the French Academy of Letters and British as well (Jerome K. Jerome and James M. Barrie).

Meanwhile, de Wolfe started out as an theatre actress, but only received accolade for being “the leading exponent of the peculiar art of wearing good clothes well” while on-stage. Thanks to her own well-developed sense of aesthetics and good taste, de Wolfe began to dabble in interior decorating as a result of staging plays.

From there, she launched a career of it, gaining prominent clients like Amy Vanderbilt, the Duke and Duchess of Windsor, and Henry Clay Frick. Her first client was New York’s Colony Club, an exclusive new club for women.

As Ruth Franklin of The New Yorker describes it, both women “had the distinction of inventing a profession in which she went on to achieve extraordinary success.”

Like many other women of their time, de Wolfe and Marbury first met at a party– but their relationship lasted for forty years.

Settling into a ‘Boston Marriage,’ the two moved from house to house: from a house on Seventeenth Street and Irving Place in 1892 to a town house on the Upper East Side. The two later bought an 18th-century mansion in Versailles that was later known as the Villa Trianon.

Through all of these, de Wolfe restored and converted these homes– epitomizing her adage “You are where you live”– and these projects would later solidify her reputation. Of course, it was also known that de Wolfe’s first public commission was thanks to Marbury, who pulled strings to land her partner the enviable job of redecorating the Colony Club.

However, in 1926, de Wolfe went up and married Sir Charles Mendl, a British diplomat in Paris. It was known that their marriage was only for convenience, but it took a while for Marbury to forgive her.

Some reports indicate that the two had drifted apart. Whatever the story, when Marbury died in 1933, she named de Wolfe her heir. The latter died in 1950.

How to escape the grip of a straig...