As history has shown us, you can’t keep a good woman down. In this case, if you’re a woman in a man’s world like Hatshepsut and Deborah Sampson, you dress the part to ensure you persevere.

Separated by thousands of years, both women knew that men had the power during their time. But that didn’t stop them from moving to achieve their goals.

On one hand, Hatshepsut was one of the first female Egyptian pharaohs who wanted to be a true ruler rather someone holding power for a man.

On the other hand, Sampson wanted to earn decent money past the boundaries placed by men around her during her period.

Both Hatshepsut and Sampson knew that perceived as women, they would never get the respect they wanted or deserved.

During her long and prosperous reign in 1478 – 1458 BC, she was shown in ancient Egyptian art to wear men’s clothing– complete with a false beard– and drawn with a male body so that people would see her as the pharaoh.

By adopting symbols of power in her depiction, she wanted to be seen as the king, not as the wife of a king or just a co-regent.

In Sampson’s case in the 18th century, she was the first American woman to disguise herself as a man to join the Continental Army during the American Revolutionary War– complete with a man’s name, Robert Shurtleff.

Abandoned by her father as a child, Sampson was passed around to her relatives when her mother couldn’t provide for her children. She grew up to be an indentured servant and then a teacher and weaver.

In 1782, she learned that the Army was offering money to join up. Her first attempt as ‘Timothy Thayer’ failed because she was recognized.

Her second attempt as Shurtleff succeeded and she marched off to war, being wounded, and later receiving a military pension from the Congress in 1805 with the help of Paul Revere.

So why are these two women regarded as inspirations for LGBT?

In Hatshepsut’s case, her genderbending, cross-dressing ways can be seen as a way for modern Egyptian LGBTs to see that they have their own history of LGBT that is derived from Egyptian history and culture.

“Egypt has a long history of gender-bending, sexual fluidity and queer gender roles. Because modern terminologies were not used to describe these phenomena they may be difficult for Western activists and academics to assess and even find,” wrote Sandra Fernandez and Layla Aziz in the website Muftah.

Meanwhile, Sampson’s own descendant, Alex Myers, was certainly inspired by his ancestor. Myers– a writer and transgender rights activist– was also the first openly trans student at Harvard University.

In an interview with Advocate on Myer’s novel, Revolutionary, about the life of Sampson, Myers said: “I think by disguising herself as a man, it was less of her saying ‘I want to live as a man,’ and more that she wanted to have personal freedom and independence.”

“I don’t think she was genderqueer, but certainly gender-transgressive. She wanted to do things that women weren’t allowed to do,” he said.

See the world with the winners of... 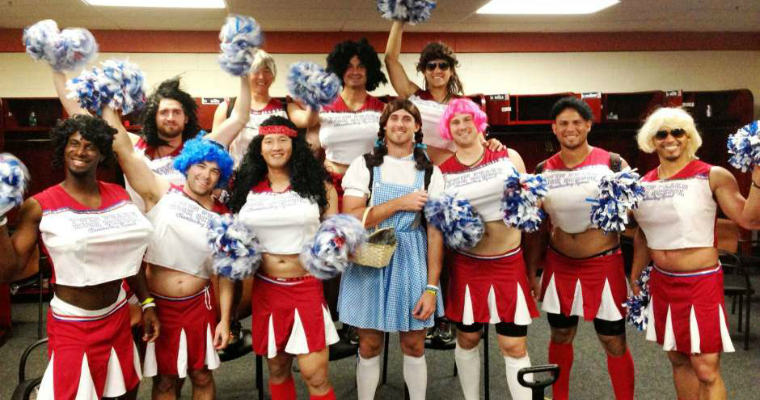