Before her death at the age of 93, Chavela Vargas was the legend of Latin American song who sang the traditional Mexican music of rancheras and made it her own.

With her voice, Chavela became a cultural icon of the Spanish-speaking world. She also carried a cigar, tequila, and a gun as she fought a 15-year battle with alcoholism before partially retiring in the 1970s.

But more than this, she was a lesbian who romanced even famous figures like Mexican painter Frida Kahlo and was proud of it.

As the Spanish filmmaker Pedro Almodovar once called her, she was “la voz áspera de la ternura”– the rough voice of tenderness.

Chavela Vargas was born on April 17, 1919 as Isabel Vargas Lizano– Chavela was a pet name for “Isabela”– in Jouaquin de las flores in Costa Rica.

At a young age, she contracted polio but she claimed that she was able to recover due to shamans. When her parents, Francisco Vargas and Herminia Lizano, separated, she had to live with her uncles.

Back then, she already knew what she was and she paid a price for it. She said, “What hurts isn’t being homosexual, it’s that people throw it in your face as if it were a plague.”

She hitchhiked north at the age of 14 heading towards the US. Passing through Mexico, she busked with mariachis on the grand main square of Mexico City.

It was there she met the songwriter José Alfredo Jiménez on a corner of the Avenida Insurgentes and they became drinking buddies, consuming vast amounts of tequila.

From then on, she started garnering a reputation dressed as a man, and smoking cigars and drinking heavily. She carried a gun when she performed, and wore a red jorongo as she sang of the canción ranchera.

While performing in the streets, she met the painter-couple Diego Rivera and Frida Kahlo.

“They invited me to a party at their house, then to stay with them. I learned every secret of Frida and Diego, secrets I shall never reveal. We were happy, we lived day to day, without a cent, sometimes with nothing to eat, but dying of laughter,” Chavela said.

Based on one of the painter’s diaries, the bisexual Kahlo allegedly had unrequited attraction for the singer– and the two even had a brief affair. However, Chavela remained tight-lipped about the matter.

Chavela started singing in the hotels of Acapulco, even once managing to sing at the 1957 wedding of Elizabeth Taylor and Michael Todd (and supposedly slipping off to bed with Ava Gardner after).

Through it all, the androgynous-looking Chavela was able to challenge the male chauvinist and homophobic prejudices of Mexico at the time– from not changing the gender of the songs when she sang them to her public liaisons with women.

Chavela Vargas: The singer and her life

During Chavela’s career, she came up with 80 albums and appeared in movies like Almodovar’s La Flor de mi Secreto and Julie Tymor’s Frida. .

“I’ve always had the same voice. I don’t need machines to help me sing. I sing because I sing. And I sing truthfully. Nothing interferes,” she said.

She retired in the 1970s but came back to sing in 1991. It was only at the age of 81 that she publicly came out in her autobiography,Y si quieres saber de mi pasado.

Due to respiratory problems, she died in Cuervaca, Mexico, the country that she took for her own– and which had also adopted her. Her last words were, “I leave with Mexico in my heart.”

The lesbian Chinese and their hist... 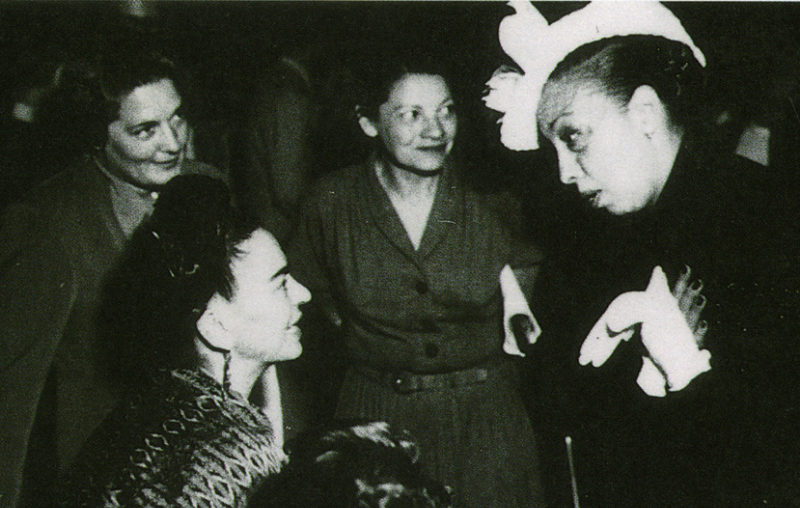