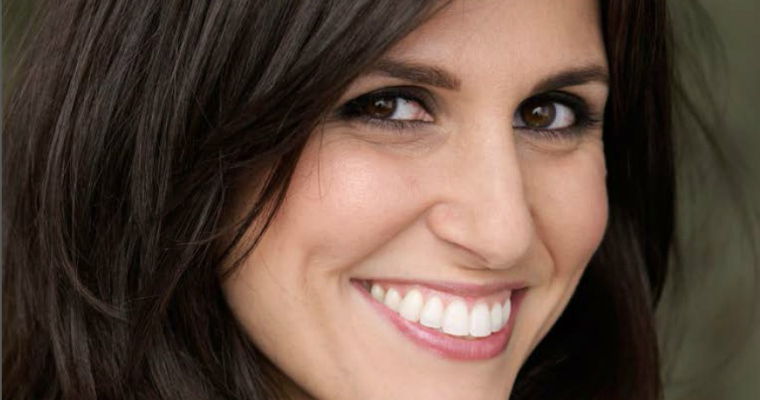 It’s no surprise that comedian Bridget McManus’ upcoming web television series Maybelle is drawing interest, about a gay woman in the South who is trying to win her high school love back after some years apart.

After all, comedy– especially of the variety seen in North America– is regarded as a potent source of social commentary.

“While comedians will make everyone uncomfortable at some point, good comics are playing an important function in society by holding up a mirror and forcing us to confront realities that we would often prefer to ignore,” Roger Cohen and Ryan Richards wrote for Humanity in Action.

“For minority groups, humor also serves as a tool to neutralize the power of stereotypes that obstruct their path to equal participation in society,” the two point out.

McManus’s latest project– Maybelle, a romantic drama series that she penned, starred in, and co-produced– isn’t outright comedy. But we’re guessing that much of the humor is still there, given how the comedian is the driving force behind the show.

Maybelle details the life of Maybelle Garris (played by McManus), who not only has to live for herself after her ailing mother passes away, she has to deal with her love for her best friend from high school, Della Cain-Cumbee (played by Frances Nichols), after the two meet again.

Maybelle would probably have a hard time fitting in as it is, given that she’s a gay woman in the rural Virginia. However, she also has to contend with the fact that the love of her life is already married to her college boyfriend.

Given how Maybelle stands apart, and without the LGBT support that one can find in cities, we can only surmise this character will hold a lot of surprises for the people around her– and us, the viewers.

As Cohen and Richards wrote, “By playing on stereotypes, minority comics undermine the potency of the prejudices.”

The show, to be released in early 2016 via tellofilms.com, will be directed by Christin Baker.

McManus is a television host, screenwriter and award-winning comedian. She’s hosted two television shows, a self-help series, and the Stonewall Inn’s 40th Anniversary Benefit in New York City. Likewise, she was a correspondent for the 8th International Gay Games in Cologne, Germany.

McManus is also one of the few female warm-up comedians in television. She’s been part of CBS’s The Queen Latifah Show (season 1 and 2), NBC’s Last Comic Standing (season 8 and 9), CBS’s The Jeff Probst Show, Fox’s The Boris & Nicole Show, ABC’s pilot Family Fortune, HLN’s Heads Up!, and ABC’s The FABLife.

Check out our feature-interview with Bridget McManus in our December issue of Lesbian News!