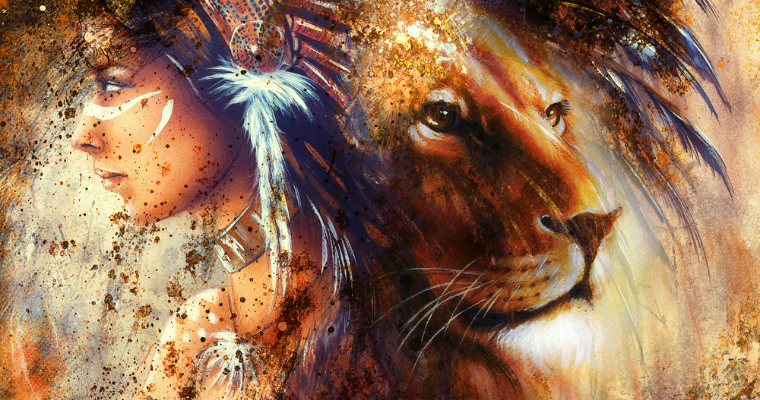 August begins with a harmonious trine from the Sun in Leo to Saturn in Sagittarius, giving us a green light for projects and creative endeavors. Then, on August 2, 2016, we have a lovely New Moon in Leo, signaling a new start and a much-needed burst of energy. Venus in Leo is trine Uranus in Aries, which could spark some unexpected excitement in matters of the heart. And Mars goes into Sagittarius just after the New Moon, which will be a welcome and positive influence as well. Yippee!

Saturn in Sagittarius will go direct on August 13, 2016, marking the beginning or a new cycle of problem-solving and productive activity. This will definitely unblock some things, particularly if they are related to occurrences from March 2016.

There’s a Full Moon in Aquarius on August 18, 2016, a great opportunity to review the interface between your Personal World and your Social World, as the Sun in Leo highlights individual expression, and Aquarius represents Collective Consciousness. Kind of like looking at the map of the world with a red arrow pointing at you saying, “YOU ARE HERE.”

But the bigger picture often rules the day, and that picture is deeply linked to Saturn square Neptune. This energy is very important to understand, and will be a dominant force through August, and culminating in early September.

* Before explaining the Saturn/Neptune theme, I’d like to take a moment to share a little of my philosophy about astrology, both from a practical, and spiritual point of view. People always ask me whether or not astrological influences are GOOD or BAD, when discussing general trends, current influences (transits), and their birth charts. It doesn’t work that way. Granted, some astrological cycles are more productive and harmonious, and others are extremely challenging. This is why I liken astrology to the weather. Whether it’s good or bad depends on many factors. Sometimes abundant sunshine might be fantastic. Other times, it might dry up all the water and cause a drought. Sometimes a big rainstorm is exactly what is needed. Other times, it could be a disaster, causing floods or mudslides. It all depends. And it also depends on what YOU decide to do under any given circumstance.

Sometimes people achieve a lot more when the going gets “tough,” which is often the case when one is under a strong aspect from Saturn, or Pluto, let’s say. They achieve a lot because things get “uncomfortable” and events occur that stir them to make more effort to change and grow. Other times, when things are peachy and the planets are favorable, people simply kick back and enjoy the ride. This is wonderful, and may bring in a sense of well being and some “luck,” but if no action is taken towards any specific goal, not much will come of it. It’s like feeling lucky, like you could win the lotto, and not going to buy the ticket.

On a more spiritual/astrological note, we all have our own set of Life Lessons, and yours are completely and utterly unique to YOU. Even if you have a similar chart to someone else, it doesn’t mean you will make the same decisions, even if the basic lessons are the same. Additionally, it is not valuable to obsess about WHY you have certain lessons. It’s much better to do something about them. This is a very important point to ponder and often comes up in readings, when people ask me “why” certain things are happening to them and “when” things are going to change. It’s all about what you choose to do, and how open you are to learn. Even if you have a good understanding of what your Life Lessons are, you still have to decide what you will do with this knowledge, and what kind of actions you will take.

Now back to my story about August 2016, Saturn, and Neptune. These two planets have been in a challenging aspect since November 2015. In a sense, they represent an important “Sign of the Times” for both individuals and the world at large. For some, the challenge may not have caused problems, but pushed them to find new pathways. For many, the challenge may have erupted into crisis and a rude awaking. The Saturn/Neptune challenge brings up the discrepancies between Ideals and Reality, Altruism and Self Interest, Human Rights and Political Regulations, Faith and Zealotry. And because it is a “Square” that binds Saturn and Neptune, the problems become highly visible but largely intractable. In other words, it’s hard to take appropriate action.

As August and September unfold, this powerful planetary duo will have its “last hooray” which will open the door to even greater understanding, and hopefully, positive and decisive action towards positive change. In your own life, make peace with your reality, don’t run from it. Take responsibility. And find a way to focus your dreams and desires through patient deeds and realistic choices. This does not mean settling or abandoning worthy goals. It means accepting and acknowledging where you are right NOW, and moving forward from that place. “Change begins with You” was never a better slogan!

Last but not least, Mercury in Virgo will go Retrograde on August 30, 2016, right before a Solar Eclipse in Virgo on September 1, 2016. Whoa, this is big. Watch the world news as key events unfold before our eyes during this period. As far as Mercury retro is concerned, it is best to hold off on major decisions and new projects, if possible, until the end of September. This includes elective surgeries, major purchases, and important contracts. It doesn’t mean you can’t do anything… life goes on, right? But it can bring up some roadblocks and require more effort to “get things right” so keep that in mind.

What’s in the Stars?
I made my official prediction in June, Hillary Clinton will be our next President. I base my predictions solely on unbiased, astrological analysis.

The fierceness of queer youth: LGB...