HomeNewsWho are the anti-LGBT hate groups?

The Southern Poverty Law Center (SPLC) tagged an anti-LGBT legal organization, the Alliance Defending Freedom, as a hate group even as it noted a number of anti-LGBT hate groups from the Christian Right.

The SPLC also warned that hate groups were on the rise for the second consecutive year as the Trump administration begins its reign.

The SPLC described the group Alliance Defending Freedom as a “legal advocacy and training group that specializes in supporting the recriminalization of homosexuality abroad, ending same-sex marriage and generally making life as difficult as possible for LGBT communities in the U.S. and internationally.”

The Alliance Defending Freedom has reportedly filed religious freedom lawsuits in the US while also challenging protections of transgender students in public schools.

Mark Potok, SPLC senior fellow and editor of the Intelligence Report told The Washington Blade that this group “failed in the effort to keep homosexuality outlawed in this country” in the wake of the US Supreme Court decision to strike down a Texas sodomy law and invalidating sodomy laws in 13 other states.

Because of this, he added, the group has resorted to “exporting its hatred to other countries.”

The SPLC lists Alliance Defending Freedom among a number of Christian Right anti-LGBT hate groups that are intent on opposing giving equal rights to the LGBT people.

The Christian Right has been warning of the LGBT “homosexual agenda” of equal rights and using it as a reason to organize and raise funds for the past three decades.

The Christian Right leaders cite this agenda as the reason behind the destruction of American society and culture, and describe the fight against LGBT rights as a “second civil war” for the control of the US government.

Among the Christian Right groups the SPLC tagged as hate groups were: Abiding Truth Ministries, the American College of Pediatricians, the American Family Association, the Americans for Truth About Homosexuality, and American Vision.

Anti-LGBT hate groups on the rise

The SPLC likewise noted in their Spring 2017 Intelligence Report on hate groups that these were on the rise under the Trump administration.

The SPLC also noted that “the overall number of hate groups likely understates the real level of organized hatred in America as a growing number of extremists operate mainly online and are not formally affiliated with hate groups.”

The artist Lili Lakich and the wor... 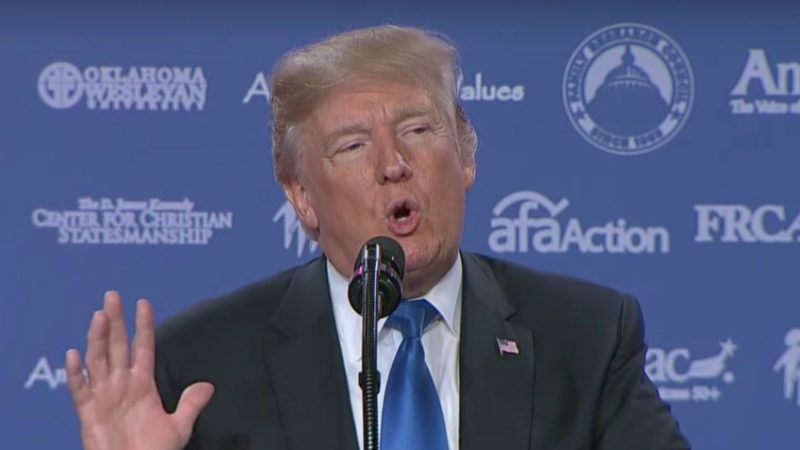 How Donald Trump is favoring a...