HomeNewsAnti-LGBT appointees in the Trump administration

Anti-LGBT appointees in the Trump administration 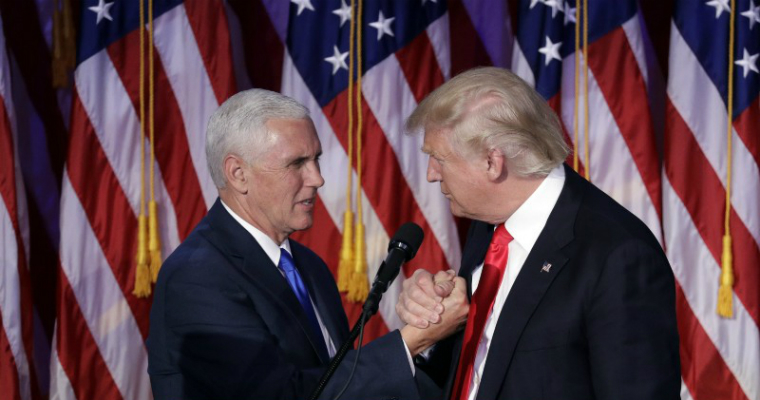 Anti-LGBT appointees in the Trump administration

Though Donald Trump supporters have been vocal about the new president’s positive view of the LGBT, the President-Elect’s choices for his new administration contradict this, given a number of them are anti-LGBT appointees.

These range from Trump’s advisers, members of his transition team, and his actual selections.

The Human Rights Campaign (HRC) has warned about Trump’s choices in his transition team, in light of leaked information about the incoming administration.

The HRC cited a number of names that came from leaked documents, like Ken Blackwell of the Family Research Council, former Reagan Attorney General Ed Meese of the Heritage Foundation, and Kay Cole James, president and founder of the Gloucester Institute

“Ken Blackwell is a man who has spent his entire career going after LGBTQ Americans. Blackwell’s leadership role in President-Elect Trump’s transition team should be a major wake up call for anybody who ever had any doubt that LGBTQ people are at risk,” said JoDee Winterhof, HRC Senior Vice President for Policy and Political Affairs .

“Ed Meese and Kay Cole James, who are also reported to have key roles, have been vocal opponents of equality and other issues we care deeply about. The people President-Elect Trump picks to serve in his administration will have a huge impact on the policies he pursues,” Winterhof said.

“We should all be alarmed at who he’s appointing to key posts on his transition team,” she added.

Trump’s campaign chief and executive chairman of Breitbar News, Steve Bannon, is Trump’s chief strategist, while Senator Jeff Sessions will be the next US Attorney General.

Former Alaska Governor Sarah Palin is being touted as Interior Secretary, Kansas Govenor Sam Brownback is being mentioned as Secretary of Agriculture, Dr. Ben Carson could be Secretary of Education, and Representative Tom Price as Secretary of Health and Human Services.

“When we take a look at some of the personnel, we certainly are surprised to see such notable opponents of equality to be put in such key positions right out of the box,” said David Stacy, HRC government affairs director, told Metro Weekly.

“It’s a parade of horribles. I don’t necessarily want to tick through each of these horrible people and their horrible records, because we don’t have all day. [But] we’re definitely concerned when you talk about long time opponents of equality who are being considered for the most important positions in our federal government,” Stacy said.

Anti-LGBT appointees to the high court

The more chilling aspect of Trump’s appointees are those that will replace Justice Antonin Scalia in the Supreme Court.

Trump had said he is strongly considering appointing someone who could overturn the Supreme Court’s ruling on marriage equality in 2015.

5 celebrity lesbians who came out...