The name Anna Rüling may not ring any bells, but she might well be one of the more interesting LGBT personalities you will read about today.

Anna Rüling, born Theodora “Theo” Anna Sprüngli in 1880 and died in 1953, was a German journalist and one of the first modern women to come out as a lesbian.

Rüling was invited to give a speech at the annual meeting of the Scientific Humanitarian Committee– the first gay scientific-political organization in history– in 1904 in Berlin.

Her speech– “What interest does the women’s movement have in solving the homosexual problem?”– was the first ever political speech to address issues faced by lesbians.

In her speech, she praised the committee for supporting women’s rights and specifically for including lesbians in their fight for equal rights.

Rüling noted that public awareness of homosexual women was not as great as that of gay men due to the legal criminalization of the latter.

She believed that both should “help each other to achieve rights and acceptance” and settle this injustice for good.

Furthermore, in the same speech, Rüling came out as lesbian publicly– if in a roundabout way.

As a result, the political task of informing about homosexuality instead of idolizing it was vehemently discussed within the committee.

Almost none of the men wanted to publicly disclose their own sexual orientation, as it was considered harmful for any objective science.

At the very least, Rüling’s coming out got an important conversation started.

Regarding her as a historical role model for lesbian activists is problematic, however, as some aspects of Rüling’s character might be a little hard to swallow for some.

Rüling’s right-wing nationalism (manifest in her glorification of Germany’s role in World War I) and her less-than-enlightened remarks about the offspring of a heterosexual-homosexual pairing might make “complete” identification with her challenging for politically critical lesbians.

Still, her personal and political courage when she gave that speech in 1904 cannot be denied.

Speaking about sexuality in front of a great, cross-gender, and differently-oriented audience at a time when such a thing was considered taboo– especially for women– should be held in high regard.

Anna Rüling, the first known lesbian activist was clearly ahead of her time. 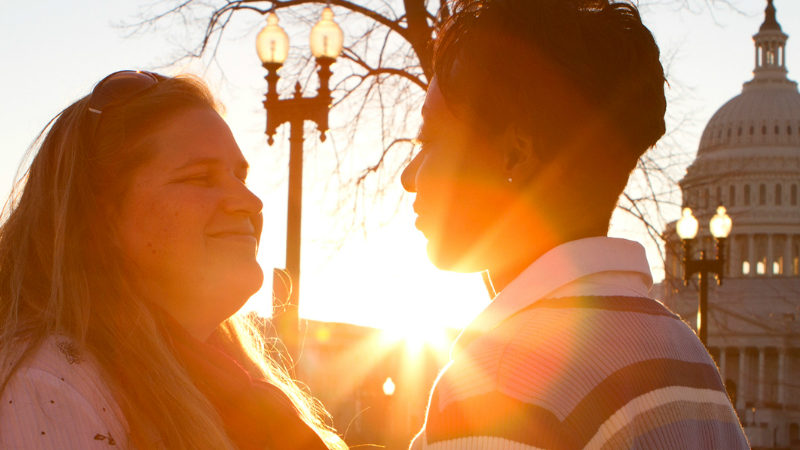