Adrienne Rich is considered one of preeminent American poets. But she’s also well-known for her political stance as feminist and activist.

She came out as a lesbian despite having married a man and having children earlier in life. But through it all, she was fervent in her stance as a feminist writer.

Adrienne Rich: Weighed down by history

Born on May 16, 1929, in Baltimore, Maryland, Adrienne Cecile Rich was one of two daughters of, Arnold Rice Rich, a professor of John Hopkins Medical School and Helen Elizabeth Rich, a one-time concert pianist and composer.

Regarded as a prodigy by her father, she and her sister were home schooled by her mother until Adrienne entered school at fourth grade. But even then, she was already starting to write her own poetry.

While she was raised a Protestant Christian, she was curious about her father’s Jewish roots: “I went to downtown Baltimore to see newsreels of liberations of the concentration camps. I knew it had something do do with me.”

She took up studies at Radcliffe College and graduated in 1951. She was awarded a Guggenheim fellowship to Oxford the year after but she instead decided to travel to Italy.

Her first poetry collection, A Change of World, was selected by WH Audren for the Yale Younger Poets Series just before she graduated at the age of 21.

A couple of years later, she married Alfred Conrad, an economics professor at Harvard University, and they had three sons.

Throughout her life, she published nearly twenty volumes of poetry and non-fiction books.

Her poetry was awarded several times, like the National Book Foundation’s Medal for Distinguished Contribution to American Letters, the Book Critics Circle Award, and the Lannan Lifetime Achievement Award.

She was also awarded by the Academy of American Poets Fellowship, two Guggenheim Fellowships, and a MacArthur Fellowship.

Her poetry collection Diving into the Wreck also won the 1974 National Book Award, while the American Academy of Poets honored her with the Wallace Stevens Award in 1997.

As she grew as a poet, she also became more outspoken, advocating equality for women and LGBT while also fighting for those disenfranchised by race and class.

In 1997, she was honored with the National Medal of Arts but she declined it, saying that art “means nothing if it simply decorates the dinner table of the power which holds it hostage.”

“The radical disparities of wealth and power in America are widening at a devastating rate. A president cannot meaningfully honor certain token artists while the people at large are so dishonored,” she said.

She refused to pay her taxes in 1968 as part of her anti-Vietnam War stance. In 2003, she took part in a protest by poets against the war in Iraq by declining to attend a White House symposium on poetry.

As she once said, she would be an activist “for the long haul.”

Adrienne Rich: Coming out as lesbian

Her work in fighting for LGBT rights garnered her the Fund for Human Dignity Award by the National Gay and Lesbian Task Force in 1981.

In 1970, her relationship with Conrad was decaying and she moved out to a nearby apartment. Within that same year, Conrad committed suicide.

In 1976, she came out as a lesbian and began living with her partner, Jamaican-born novelist and editor Michelle Cliff.

She died on March 27, 2012 at her home in Santa Cruz, California at the age of 82 due to complications from rheumatoid arthritis, which she had struggled with since her 20s.

“No other living poet… has made such a profound impression on American intellectual life,” Dana Gioia, a poet and former director of the National Endowment for the Arts, said in 1999. 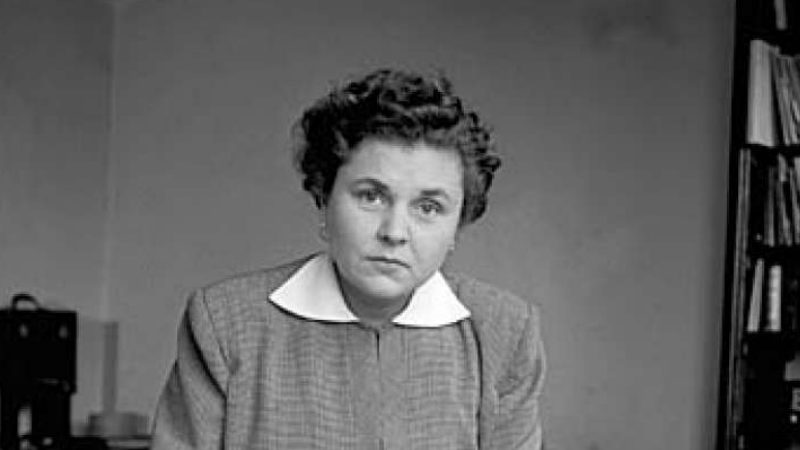 The perfect poems of Elizabeth...