HomeNewsWhat ‘adoption protection’ is and why it targets the LGBTQ

What ‘adoption protection’ is and why it targets the LGBTQ

What ‘adoption protection’ is and why it targets the LGBTQ

Kansas has recently passed a bill that sets up ‘adoption protection’ for faith-based adoption agencies, and this targets the LGBTQ community.

With the bill’s passage in the Kansas House and Senate, it is currently pending for signature by the governor.

So what does this bill do and what does it mean for us?

The Adoption Protection Act passed by Kansas lawmakers last May 4 with a 60-26 vote was introduced by Senator Susan Humphries and is based on Virginian law.

This bill allows faith-based organizations to reject LGBTQ parents because of their sexual orientation, as well as other families whose lifestyles go against their religious or moral standards.

In particular, according to the bill, the state can not only allow grants or contracts to these faith-based agencies but also grant them protections from lawsuits for such actions.

Those pushing for the bill say it would give more children more options for homes given that religious organizations can “come in and operate next to [them] if these protections are allowed.”

Likewise, they said that birth families would have peace of mind if their children are with people who share their beliefs.

Kansas Governor Jeff Colyer said of the bill: “Catholic Charities and other adoption agencies are key to the fabric of our communities. I look forward to signing the bill because it increases the opportunities for needy children to find loving homes.”

Adoption protection: How it hurts us

Prior to its passage, gay rights advocates had gone to Kansas to protest the adoption protection bill, saying it would allow religious-based adoption agencies to discriminate against the LGBTQ community.

“At this very moment, there is a bill rooted in nothing more than discrimination and bigotry working its way through the state legislature,” said Chad Griffin, president of Human Rights Campaign, America’s largest LGBTQ advocacy group during a news conference Thursday.

Currently, bills similar to that of Kansas is under consideration in Oklahoma. There is also one in Michigan, South Dakota, Alabama, and Texas.

Also speaking out against the bill were Tom Witt of the LGBT advocacy group Equality Kansas and Lori Ross, president of Foster Adopt Connect, a child placement agency with offices in Kansas and Missouri.

“If they, in the privacy of their agencies and their churches, want to engage in discriminatory behavior, that’s between them and God,” Witt said.

“Right now, what they’re trying to do is between them and the rest of us taxpayers,” he added.

Meanwhile, Ross said the bill is only “solving a problem that does not exist.”

The coming of Hayley Kiyoko, lesbi... 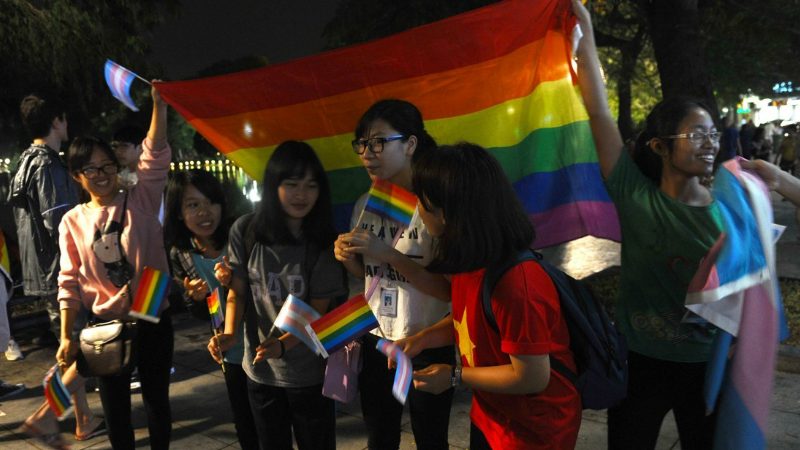