Vacation time is almost here? But if you’re worried about funds, worry not as Lesbian News has some ideas on the best LGBT budget destinations for this summer.

We’ve looked recommendations online and got five places around the world that lesbians, gays, bisexuals, and transgenders safely can visit. If you’ve been to these places, lucky you. If not, why not give them a go?

First of all, we head off to Asia where the capital of Thailand, Bangkok, offers an amazing array of gay nightlife. From gay clubs to gay saunas and spas, they’re all here in the city. The street food in great, but it’s also safe. Likewise, the average beer costs less than US$2.00 and you can live a life of luxury for a fraction of a cost. (Thank heavens for the exchange rate.)

Sitges in Spain is considered one of the more popular travel destinations for LGBT people in Europe thanks to its warm climate, clean beaches, and the gay-friendly restaurants and hotels. Considered as Spain’s informal LGBT capital, you also have the gay bars and clubs and the Gay Pride celebrations, and you can see why the LGBT tourists still keep coming. Known as the “Saint-Tropez of Spain,” the place is so small, you can walk everywhere! Talk about saving on local transport.

While we’re in Europe, let’s check out the most gay-friendly cities in Europe: Berlin, Germany. Here, you’ve got more than 100 gay clubs, saunas, and hotels. Unfortunately, while there’s a lot to do here (from hitting the bars to sitting with a local German beer from the convenience story and hang out at the park), the public transport is reportedly a bit money-heavy. So hit up the day pass or the Berlin Welcome pass to get unlimited access when you want to d some sightseeing.

Still in Europe, the Czech Republic has legalized registered partnerships for same-sex couples, making it one of Central Europe’s most liberal countries. Though their laws aren’t as progressive as in Western Europe, being gay isn’t much of an issue here and the Czech aren’t all that religious. That’s why the capital city of Prague is one of the best places to visit with its medieval architecture and cheap local beers.

Lastly, if you want to have your day in the sun, Mexico’s Puerto Vallarta is your most gay-friendly resort town with its legalized civil unions and Pride events. You also got museums, art galleries, and coffee shops with balconies. What’s more, it’s just two hours from Los Angeles so it’s an easy trip back home.

For more travel ideas, check out the latest issue of Lesbian News for this month. 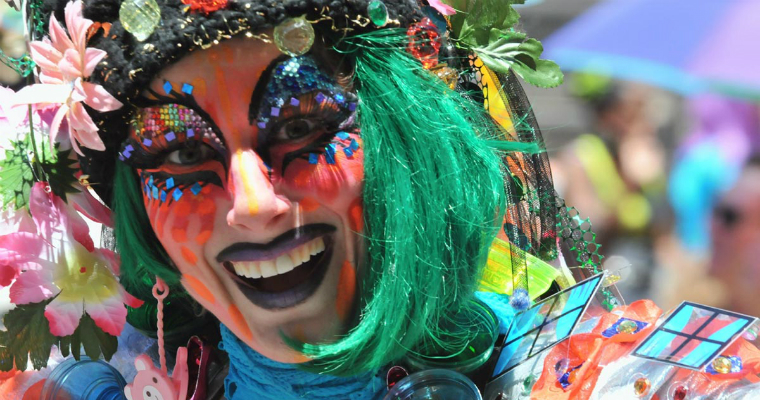