HomeLifestyle5 lesbian problems we have to deal with daily

5 lesbian problems we have to deal with daily 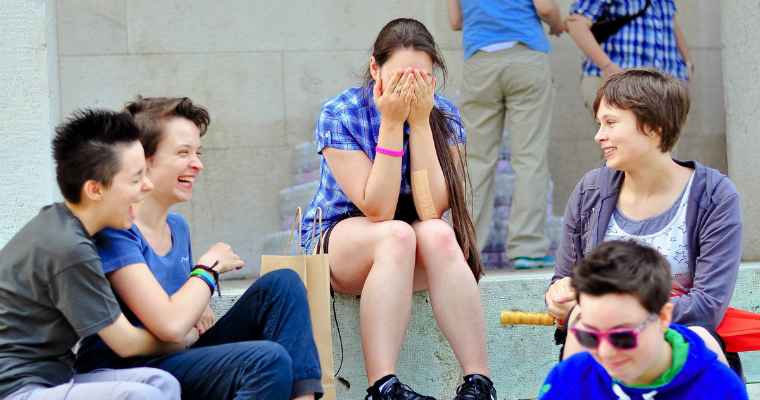 5 lesbian problems we have to deal with daily Now that we’ve overcome some of the bigger issues (like same-sex marriage) and made our way into society (see women celebrities dating other women), we now come down to lesbian problems we face every day.

If straight women have problems such as their men coming from Mars, lesbians have their share of unique problems too. Here are five lesbian problems that we have to deal with daily.

Lesbian problems #1: Being asked by the doctor if you’re a virgin

Here’s the scenario: because you’re sexually active with your girlfriend, you go to a gynecologist to have your indoor plumbing checked. The first thing they usually ask is if you’re a virgin.

Doctors, especially gynecologists, usually ask sex questions. You have no choice but to tell the truth that you’re a virgin with men– but not with women.

Lesbian problems #2: Dealing with sex questions – and we don’t mean the doctors

Now that we’re in the limelight too much, straight people have become comfortable asking about our sex lives. And thanks to years of traditional missionary style, other people can’t imagine what other sexual styles there are.

While some of us would gamely answer it, most cringe at being asked.

The problem now is not that you can’t come out to people but that people refuse to believe when you do come out.

This is especially an annoying problem when a guy asks you out and you tell him you only date girls. They think you’re just blowing them off.

To all straight people out there: for the record, not all of us are masculine.

Lesbian problems #4: Having to be careful around straight girls

Let’s admit it, when we come out to people, we suddenly have to be careful around straight girls.

This because they mistakenly think that you’re friendly with them– when you’re actually flirting.

Lesbian problems #5: Coming out to your family

By this time, most of your friends and co-workers know that you’re into girls– and they have no problem with this.

But a different hurdle is your family. This is, for some, a moment when you need to have therapy right after. It’s not easy for most of us to come out to our families.

On a more serious note, some lesbians share what they are to other people and they’re still harassed for it. It’s a daily problem lesbians all over the world go through.

This is, we think, one of the biggest lesbian problems we face everyday.

The rise and fall of the actress A...